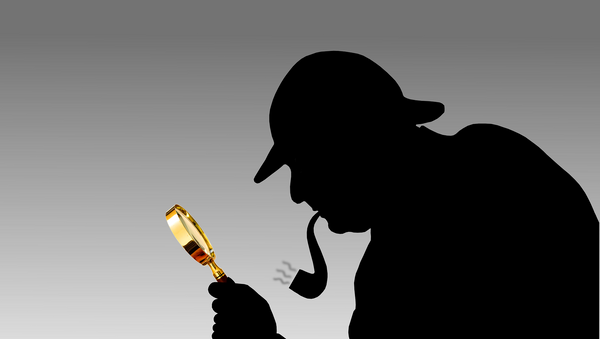 Ms. Patel resigned on November 8, possibly before being sacked by UK Prime Minister Theresa May over a serious breach of the ministerial code, having held a string of undisclosed meetings with key Israeli government figures during a family holiday in August, without informing the appropriate authorities, including the UK Foreign Office.

A leading intelligence expert has questioned whether UK PM was intentionally not informed and kept in the dark about Ms. Patel's undisclosed series of meetings, including with Israeli PM Benjamin Netanyahu, by the British intelligence services.

Great to meet with Priti Patel, UK Secretary of State for International Development, today. A true friend of Israel. pic.twitter.com/8q9qSeX7YZ

Details and photographs of Ms. Patel and her hosts were posted on social media, sparking questions over how aware the UK intelligence was of these meetings, according to Charles Shoebridge, a security analyst and former UK counterterrorism intelligence office.

"Given that no attempt to hide Patel's activities appears to have been made even on relatively prominent Israeli social media accounts, and given the political sensitivities of both the region and the individuals concerned, it would be surprising if her activities hadn't been well known to British intelligence services, especially MI6 — and likely known well in advance," Mr. Shoebridge told Sputnik.

The analyst added that if the MI6 knew about it, then the logical implication would be that Theresa May and the Foreign & Commonwealth office must have been informed as well. Unless of course a deliberate decision was made to not inform them of what one of their ministers was doing, Mr. Shoebridge added.

"It appears then that either some may not be being completely honest about what they knew, or alternatively that intelligence services were either incompetent enough not to know, or did know and didn't keep their supposed political masters properly informed," Mr. Shoebridge told Sputnik.

No Remit to Monitor MPs' Activities

Dr. Julian Richards, co-director of the Centre for Security and Intelligence Studies at the University of Buckingham, insisted however that the role of the British intelligence was not an embarrassment.

"The UK is not an authoritarian state, and the intelligence services have no remit to routinely monitor the communications and activities of elected officials and ministers," Dr. Richards told Sputnik. 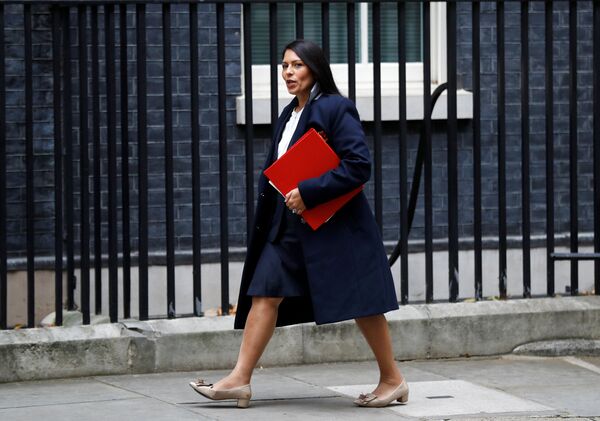 He added that British intelligence have neither the remit nor the resource to routinely monitor social media for discussions about the activities of ministers.

"This should really be dealt with by the department in question, as it was in the end. Patel did not follow departmental protocol and has been caught out subsequently as a result."

'If May Wants to Sack Anybody, Start With Boris' - Israel Expert on Priti Patel
The ink barely dry on Ms. Patel's resignation letter, and the "blame game" kicked off over who actually leaked details surrounding her controversial series of meetings with key Israeli politicians and senior officials to the PM.

Among the suspects was UK's Foreign Secretary Boris Johnson and senior figures within his department as Ms. Patel repeatedly clashed with cabinet ministers over how Britain's US$17.04 (£13) billion aid budget should be spent.

Crucially there was also no love lost between the two cabinet ministers over their respective stances over Brexit and how the negotiations with the European Union should be handled. Both sides suggesting the other were behind plots to muddy the waters over the issue.

Friends of Ms. Patel insist prominent figures within the Foreign Office twice leaked details of her secret meetings to the British press deliberately. Yet when the Israeli furor first broke on Friday, November 3, Mr. Johnson tweeted his support for her:

.@Patel4witham is a good friend & we work closely together for GLOBAL BRITAIN. Quite right that she meets w/ people & organisations overseas

There have been claims this was merely a smokescreen or even, the softening up of the target to ensure an even greater fall from grace as another leak on Tuesday, November 7, revealed Ms. Patel had met two more senior Israeli figures and discussed funneling foreign aid cash for Syrian refugees through the Israeli Defense Force.

000000
Popular comments
With respect, who knew what when and what they did or didn't tell to the FCO is very much a side-issue. The central issue is that the protagonist over-estimated her own importance, breached protocol on more than a dozen occasions and then told porky pies about it to her boss. If anyone else knew about it, maybe they told, maybe they didn't, and if they didn't, they had their own reasons.
Medvezhonok
9 November 2017, 22:17 GMT
000000
Newsfeed
0
New firstOld first
loader
LIVE
Заголовок открываемого материала
Access to the chat has been blocked for violating the rules . You will be able to participate again through:∞. If you do not agree with the blocking, please use the feedback form
The discussion is closed. You can participate in the discussion within 24 hours after the publication of the article.
To participate in the discussion
log in or register
loader
Chats
Заголовок открываемого материала
Worldwide
InternationalEnglishEnglishMundoEspañolSpanish
Europe
DeutschlandDeutschGermanFranceFrançaisFrenchΕλλάδαΕλληνικάGreekItaliaItalianoItalianČeská republikaČeštinaCzechPolskaPolskiPolishСрбиjаСрпскиSerbianLatvijaLatviešuLatvianLietuvaLietuviųLithuanianMoldovaMoldoveneascăMoldavianБеларусьБеларускiBelarusian
Transcaucasia
ԱրմենիաՀայերենArmenianАҧсныАҧсышәалаAbkhazХуссар ИрыстонИронауОssetianსაქართველოქართულიGeorgianAzərbaycanАzərbaycancaAzerbaijani
Middle East
Sputnik عربيArabicArabicTürkiyeTürkçeTurkishSputnik ایرانPersianPersianSputnik افغانستانDariDari
Central Asia
ҚазақстанҚазақ тіліKazakhКыргызстанКыргызчаKyrgyzOʻzbekistonЎзбекчаUzbekТоҷикистонТоҷикӣTajik
East & Southeast Asia
Việt NamTiếng ViệtVietnamese日本日本語Japanese俄罗斯卫星通讯社中文（简体）Chinese (simplified)俄罗斯卫星通讯社中文（繁体）Chinese (traditional)
South America
BrasilPortuguêsPortuguese
NewsfeedBreaking
23:15 GMTPentagon Says Aware of Reports of Poor Conditions at Military Base Housing Afghans
22:50 GMTUK Announces Plans to Become AI Innovation Superpower Within 10 Years
22:38 GMTUS Man Pleads Not Guilty to Capitol Bomb Threat After Livestreaming Police Standoff
22:30 GMTCroatian Police Partially Solve Mystery of Lone Woman Found on Island With No Memory
22:30 GMT‘Earth Looks Fragile from Space:’ Jeff Bezos Pledges $1 Billion to Tackle Climate Crisis
22:02 GMT‘World’s Coolest Dictator’: El Salvador’s Bukele Changes Branding on Twitter Amid Protests
21:41 GMTCzech, Hungarian Prime Ministers Slam EU for Poor Border Protection From Illegal Migrants
21:35 GMT‘We’re Done With Fear’: Florida Appoints Joseph Ladapo as State’s New Surgeon General
21:07 GMT'Difficult Decision': Facebook Chief Technology Officer to Step Down From Post
20:52 GMTGrandmothers Know Best: Cristiano Ronaldo’s Mother Believes Her Grandson is a Star in the Making
20:02 GMTStates to Provide Cash for Each COVID Death: Modi Gov't to Top Court
19:53 GMTLeaks Reveal UK Equalities Minister Dismissed Colonialism, Mocked Trans People
19:17 GMT'Mars' Fate Was Decided From Beginning': Study Reveals What Likely Happened to Red Planet’ Water
19:11 GMTNo Political Dialogue in NATO, France's Defence Minister Says Amid Submarine Contract Snub
19:08 GMTBarcelona Boss Ronald Koeman Storms Out of Presser Without Taking Questions
19:05 GMTER Doc Accuses Gov’t of ‘Shoving’ Vax Side Effects ‘Under the Mat’ in Vid Leaked to Project Veritas
18:46 GMTEuropean Commission Yet Undecided on AUKUS Deal Response
18:35 GMTFellow ‘Van Life’ Camper Helped Authorities Locate Gabby Petito’s Body
18:33 GMTWhite House: Biden Hopeful Call With Macron Step to Return US-French Relations to Normal
18:25 GMTFive Held in India’s Karnataka for Asking Dalit Family to Pay Fine After Entering Temple