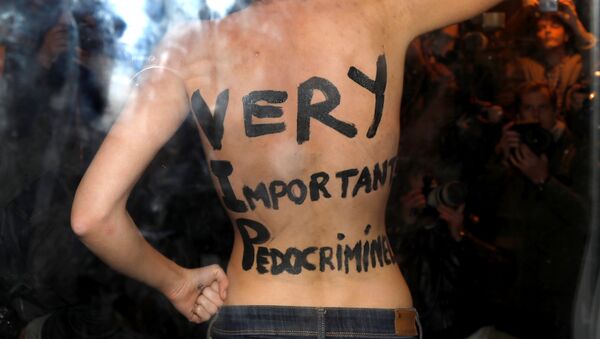 Swiss prosecutors have dropped an investigation into a fresh allegation that film director Roman Polanski raped a 15-year-old girl in 1972 on a legal technicality. Sputnik looks at the long history of tawdry allegations against the director of Rosemary's Baby, Chinatown and The Pianist.

Prosecutors in Switzerland have dropped an investigation into claims that film director Roman Polanski raped a 15-year-old German girl in 1972.

Renate Langer, 61, contacted the Swiss authorities in September, claiming she had been assaulted, but the prosecutor's office in Berne say the investigation is stymied by the statute of limitations under Swiss law.

Attention has been focused on Hollywood, following allegations against top producer Harvey Weinstein.

These activists aren't happy that director Roman Polanski is being honored by a French film institute. pic.twitter.com/G1rXbV53Gf

A lawyer for the 84-year-old, who has both French and Polish citizenship, has denied Ms. Langer's claims, claiming she had made them up to generate media attention.

Polanski has a long track record of sexual abuse allegations.

In 1977, he pleaded guilty to having unlawful sex with 13-year-old Samantha Gailey in Los Angeles, but skipped bail and fled the United States before he could be sentenced. 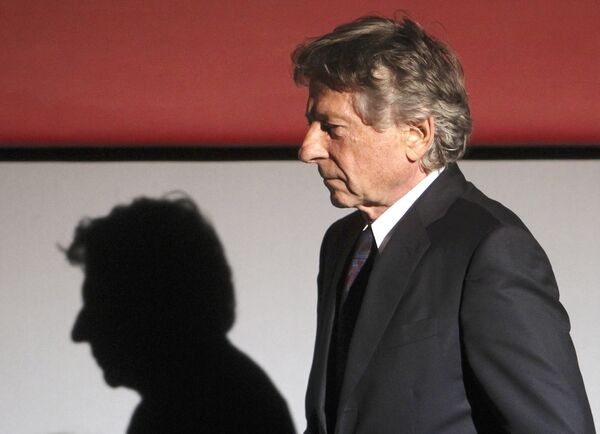 He had spent 43 days in a California jail undergoing a psychriatric evaluation.

He took pictures of the teenager for a photo shoot for the French magazine Vogue Hommes, and then plied her with champagne and a Quaalude sedative before having sex with her.

In August this year, Samantha Gailey, who is now known by her married name Geimer, requested to have the criminal case against Polanski dropped, but Los Angeles Superior Court Judge Scott Gordon rejected it, ruling the director was still a fugitive from justice.

In October, Polanski's lawyer admitted Polanski had acknowledged a sexual relationship with Geimer when she was 13, but denied all other allegations against him. 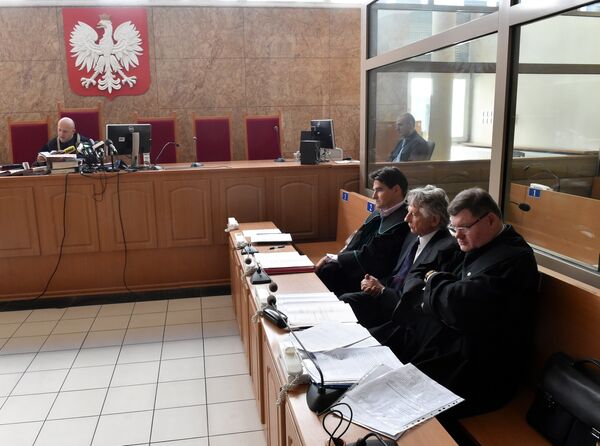 Langer was the fourth woman to accuse Polanski publicly of sexually assaulting them when they were girls. She said she only came forward now because her parents were no longer alive.

Several attempts to extradite him back to the US have failed, the most recent in 2015, when a Polish Judge Dariusz Mazur ruled the extradition request was "inadmissible."

In 2010, he was released from house arrest in Gstaad, Switzerland after the authorities decided against extradition to the US, claiming there were technical faults in the paperwork.

In January, he said James Toback and Roman Polanski were his "closest friends" https://t.co/tauO2dY4u1

He was arrested in September 2009, when he arrived in Zurich to receive a lifetime achievement award at a film festival, and spent two months in jail before being released on an electronic tag.

In 2010, British actress Charlotte Lewis said Polanski "forced himself" on her during an audition, when she was 16.

In August this year, another women told a news conference in Los Angeles she had been "sexually victimized" by Polanski in 1973 and US artist Marianne Barnard accused Polanski of assaulting her in 1975, when she was just 10.

Despite his conviction for unlawful sex with an under-age girl Polanski continued to work in the movie industry, making a string of films, the latest of which, D'après une Histoire Vraie (Based on a True Story) — is due out this month in France.

It stars his wife Emmanuelle Seigner, who he married in 1989.

His second wife, actress Sharon Tate, was murdered by followers of cult leader Charles Manson in California in 1969.