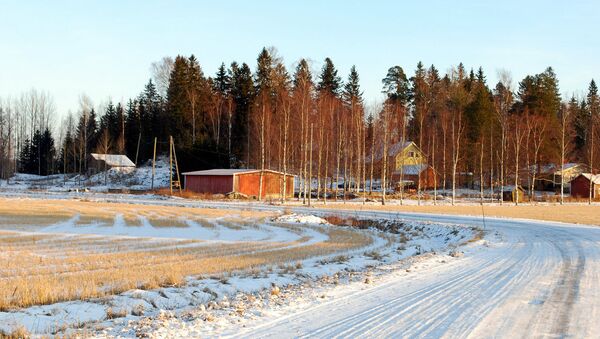 Finland's Greens have landed in hot water after a party member insulted country dwellers with an anti-rural Facebook post, claiming that practicing incest may be the only reason to move to rural areas. The ensuing scandal may result in a serious backlash for the Greens, which recently polled as the Nordic country's second-largest party.

Green Party and Helsinki City Council member Fatim Diarra has infuriated thousands of Finns living in the sparsely populated Nordic nation's rural areas by stating that the desire to practice incest may be the only reason for people to move there.

In addition to her divisive remark, Diarra wrote that people living "in the woods" should not expect the same level of privilege as people living in the cities, which triggered strong reactions from her compatriots.

"Well, if you want to live in the woods, go ahead, but it's pointless to expect the same level of service. Also, it's dull out there, the only reason to move there is incest. Also, no one hears when the wife calls for help," Diarra wrote.

​Although the post was quickly condemned from within the Green Party itself, the damage was already done, as many Finns living in the countryside felt alienated, perceiving the Greens as hostile.

Kuusamo-based Mika Flöjt, who ran for the party leadership this summer, argued that Diarra's comment destroyed much of the party's work over the years.

Green Party presidential candidate Pekka Haavisto argued that confrontations between urban and rural areas should be over by now, lamenting the poor timing of Diarra's comment considering this summer and autumn have been "particularly difficult" for Finnish farmers, the Uusi Suomi newspaper reported.

Green Party leader Touko Aaalto, who first attempted to laugh down the incident as "black humor" later apologized for the odious comment, ensuring that it contradicted the Greens' values. "What we want is to overcome contradictions between citizens," Aalto said, as quoted by the Hufvudstadsbladet daily.

Diarra herself also expressed regret and admitted the comment was "terrible and heartless," while arguing it was meant as humorous. At the same time, however, she insisted on calling rural life "dull and depressing."

Ninety-five percent of Finland's land is classified as rural. Eighty-five percent of the 5.5 million Finns, however, live in towns and cities, of which Greater Helsinki alone is home to over a million inhabitants. Although Finland is comparable in size with Poland and Germany, its population is seven and 16 times smaller, respectively, making Finland Europe's least densely populated nation after only Iceland and Norway.

Many Finns are still emotionally connected to the countryside and nature despite having grown up in metropolitan areas, as large-scale urbanization is a relatively recent phenomenon. In summertime, millions of Finns flock to their country houses.

​Founded in 1987, the Finnish Greens became the first European Green Party to become part of a national cabinet in 1995. During the general elections in 2017, the party harvested 12.5 percent of the popular vote. In late October, the Greens polled 17.6 percent, becoming the nation's second-largest party after the ruling National Coalition Party.