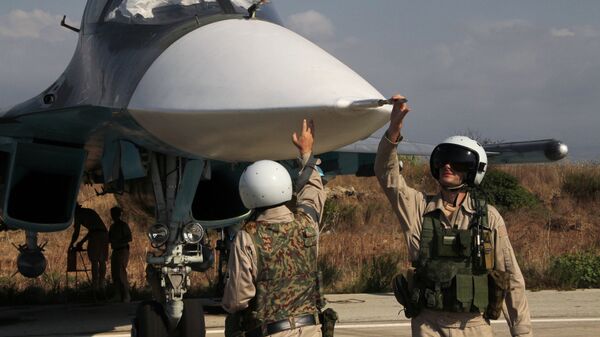 "I shall note that new weapons demonstrated their high effectiveness and reliability during the combat actions in Syria. First of all, this is aviation equipment and high-precision long-range weapons," he said at a ministerial meeting.

According to the minister, the share of modern weapons in service with the Russian Armed Forces has increased up to 58.9 percent and should reach at least 70 percent by 2020.

"The gained momentum will allow the Defense Ministry to fulfill the task of reaching a 70 percent share of the armed forces' equipment with modern military hardware by 2020," Shoigu said.

The State Armaments Program is worked out every five years, and the previous plan was drawn up for the 2011-2020 period. The plan foresaw investment of around 20 trillion rubles ($351 billion) over that time period, 2.6 trillion ($46 billion) of which went to ground forces and paratroopers, 4.5 trillion ($79 billion) to the air force and 4.7 trillion ($83 billion) to the navy.

Military Facilities in the Arctic

Commenting on Russia's military facilities in the Arctic, the top official said that two military facilities on the Franz Josef Land archipelago and New Siberian Islands would be commissioned at the end of this year, which would allow, if necessary, a rapid build up of troops there.

Russia
Russian and Norway Prime Ministers Discuss Cooperation in Arctic Region
"This will allow us to exercise control over the Northern Sea Route, ensure the security of Russia's economic activities in the Arctic region, and, if necessary, to rapidly build up groupings of troops in this strategic area."

Earlier this year, Sergei Shoigu said that Russia's military infrastructure in the Arctic would be fully developed by 2020. The minister added that Russia was expanding trade and exploration activities in the Arctic by building transport and energy production infrastructure, as well as developing the Northern Sea Route linking Europe and Asia.