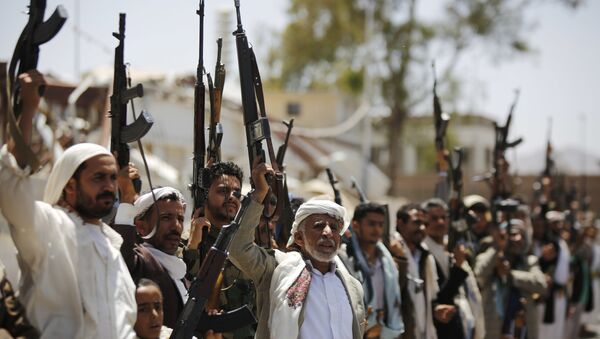 With the conflict in Yemen still far from being resolved, the latest move has seen one of the warring sides lauch a missile attack targeting Saudi Arabia.

According to the broadcaster, prince Salman has called Iran's actions "direct military aggression."

The statement came after the Yemeni Houthis launched a missile targeting Saudi Arabia on Saturday. Riyadh managed to shoot down the missile, preventing casualties.

The Saudi-led coalition commented on the attack, saying that it considered the missile launch an act of war against the kingdom and reserved the right to respond to Iran, which has been accused of backing the Houthi movement, relying on the right to self-defense. The Iranian Foreign Ministry has strongly refuted the claims.

Yemen has been engulfed in a violent conflict between the government and the Shiite Houthi movement, also known as Ansar Allah, backed by army units loyal to former President Ali Abdullah Saleh, since 2015.

The Saudi-led coalition supporting the government forces, began carrying out airstrikes against the Houthis at Hadi's request in March 2015. Saudi Arabia has accused Iran of allegedly supplying weapons to the Yemeni rebels, in a claim denied by Tehran.