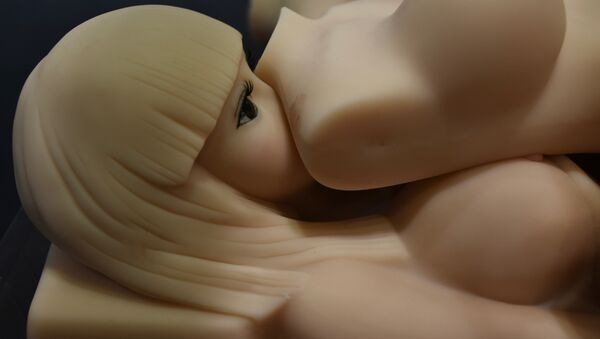 © AFP 2022 / Anthony WALLACE
Subscribe
A Norwegian man has been handed a six-month jail sentence for procuring a child-like sex doll online, establishing a precedent in the Nordic country.

The 23-year-old Norwegian man was arrested after customs agents found a silicone sex doll with the features of a child aged between 9 and 12 years. A subsequent police investigation in the man's home unearthed over 1,600 photographs and 26 videos of child pornography.

Fredrikstad District Court in southeastern Norway found the child-like doll that cost it owner around $1,200 to be modeled "in a particularly shocking way," adding that the jail term was meant to prevent similar cases from happening.

"Even if we cannot totally exclude the fact that the doll can to some degree act as a substitute for aggression, it is difficult to conceive that privacy interests can advocate for this product," the court's ruling said. "In the eyes of the court, the doll rather contributes to trivialize the sexualization of children," the court said, adding that collective prevention considerations argue for a "strict judicial response" that may act as a "deterrent to such a market."

All Dolled Up: Finnish Foundation Promotes Sex Dolls Against Child Abuse
"Everything is just amazingly stupid. I know it's wrong and that it is something that's meant to happen. I am ready to receive a jail sentence," the man said, as quoted by the Demokraten daily.

In addition to the procurement of the child-like doll, the man was convicted of two counts of corruption of minors under 16 years of age. The man reportedly sent messages with sexual undertones to one girl and secretly filmed another.

Meanwhile, this case may set a precedent for the future, as at least 20 people aged 18-60 were revealed to have ordered sex dolls with a child-like appearance earlier this year.

​"We are serious about this because there may be a risk that they have already committed child abuse or may commit it at some time," Ann Kristin Grosberghaugen of the National Criminal Investigation (Kripos) was quoted as saying at that time.

Everything Butt: Norwegian Bare Bottom Craze Sweeps Internet (PHOTOS)
The realistic design of the dolls makes it possible for sexual intercourse to perhaps reduce the likelihood of committing violence against children, Kripos said in a statement.

Meanwhile, there is no accord in scientific circles on whether the dolls are harmful or not.

While Pål Grøndahl of the Oslo University Hospital refused to link sex dolls with actual child molestation, arguing that they may in fact prevent child abuse, sex counselor Margrete Wiede Aasland, who used to work for the Save the Children NGO, argued that people with pedophilic inclinations might get bored with the sex dummy and be tempted to assault a living child to satisfy their inclinations.