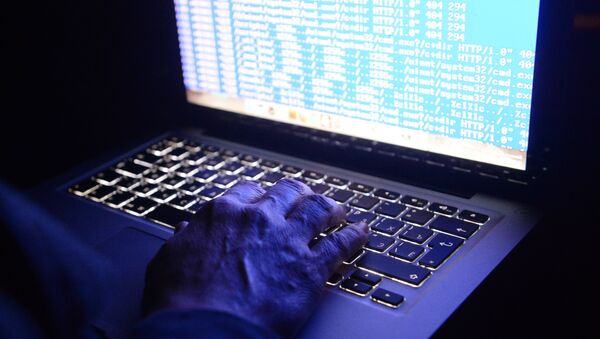 © Sputnik / Kirill Kallinikov
/
Go to the photo bank
Subscribe
The Russian Embassy in Tallinn was notified of the detention and is ready to help the Russian citizen.

TALLINN (Sputnik) — The Estonian Internal Security Service (KAPO) has detained a Russian national suspected by prosecutors of preparing cyberattacks targeting government agencies of the Baltic state, the KAPO and the prosecutor's office said in a joint statement on Tuesday.

"The detained Russian citizen is suspected of nonviolent action against the Estonian Republic as an agent of the [Russian] Federal Security Service [FSB] and of preparation of a cybercrime. The Estonian government agencies were targets of his anti-state activities."

The KAPO has refuted, however, allegations that the arrested man had been involved in problems related to identification cards.

"The activity of a special services officer was not connected with problems related to ID-card certificates. …. At the moment, it is impossible to tell in detail about which state institutions were his goal, and how he intended to gain access to them," press secretary of the State Prosecutor's Office, Kaarel Kallas, told the Postimees newspaper.

According to the statement, the detention was carried out at a border checkpoint in Estonia's city of Narva.

The Russian Embassy in Tallinn has already commented on the detention.

"The Estonian Public Prosecutor's Office officially notified the Russian Embassy in Tallinn that on November 4, while trying to leave Estonia for Russia, a 20-year-old Russian citizen was detained. By the decision of the Harju County Court of November 6, he was placed under arrest… Russian diplomatic institutions in Estonia are closely following the development of the situation. Our consuls are ready to support the arrested citizen of Russia," the embassy said.

In September, the European Commission said that the economic impact of cybercrimes grew five-fold in 2013-2017 and could further increase by 2019.

000000
Popular comments
Would be great for Tallinn to catch and condemn any russian citizen just to prove how loyal to the US they are, and how good a doggy they are. If the charge are 'suspected of preparing' this means there is nothing tangible.