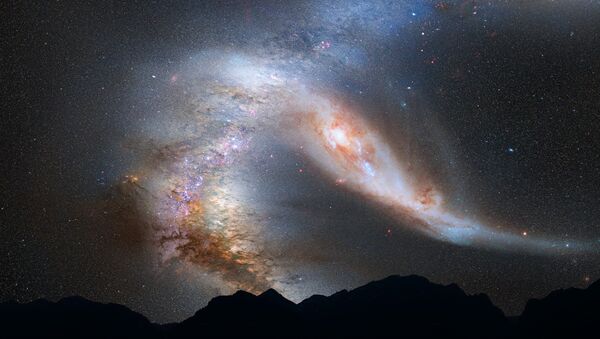 CC0 / /
Subscribe
Photobombing isn't just an act done by those living on Earth - even asteroids can get in on the spoiling images game.

Hubble's Frontier Fields' images, speckled with "massive yellowish ellipticals and majestic blue spirals," were in some ways overshadowed by long "S-shaped streaks" making their debut in the pictures. 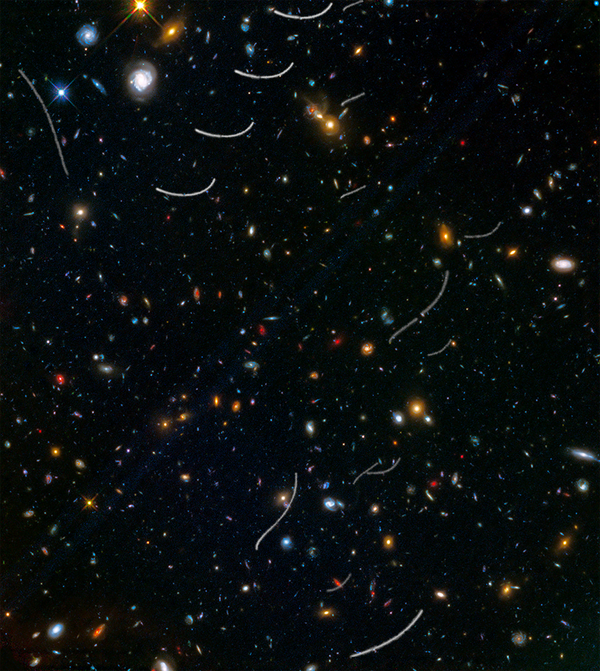 This Hubble photo of a random patch of sky is part of a survey called Frontier Fields. Asteroid trails appear as curved or S-shaped streaks.
© NASA . ESA, and B. Sunnquist and J. Mack (STScI)

"Intruding across the picture are asteroid trails that appear as curved or S-shaped streaks," NASA's news release on the images said. "Rather than leaving one long trail, the asteroids appear in multiple Hubble exposures that have been combined into one image.

Per the lab coats, the intruding asteroids have a curved look due to an observational effect called "parallax." Essentially as the Hubble telescope orbits around Earth the pictured asteroid "will appear to move along an arc."

"This parallax effect is somewhat similar to the effect you see from a moving car, in which trees by the side of the road appear to be passing by much more rapidly than background objects at much larger distances," the statement reads. "The motion of Earth around the sun, and the motion of the asteroids along their orbits, are other contributing factors to the apparent skewing of asteroid paths."

In total, the officials were able to detect a whopping 20 asteroid sightings of which only seven were "unique objects." From those seven, only two of the asteroids were previously identified since the others had been "too faint" to be seen. 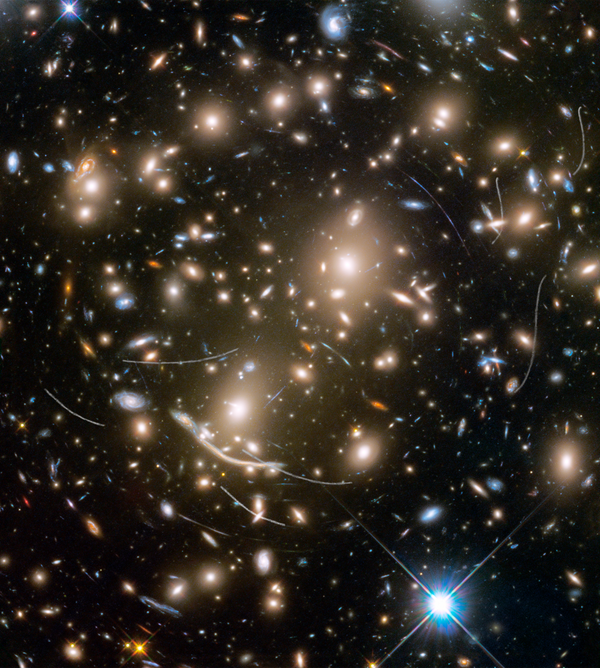 Galaxy cluster Abell 370 contains several hundred galaxies tied together by the mutual pull of gravity. It is located approximately 4 billion light-years away in the constellation Cetus, the Sea Monster. The thin, white trails that look like curved or S-shaped streaks are from asteroids that reside, on average, only about 160 million miles from Earth.
© NASA . ESA, STScI

According to officials, the project is a collaborative effort between the space agency's Great Observatories and other telescopes to photograph and study "six massive galaxy clusters and their effects."

The photos of the Abell 370 complex were taken in visible and infrared light.