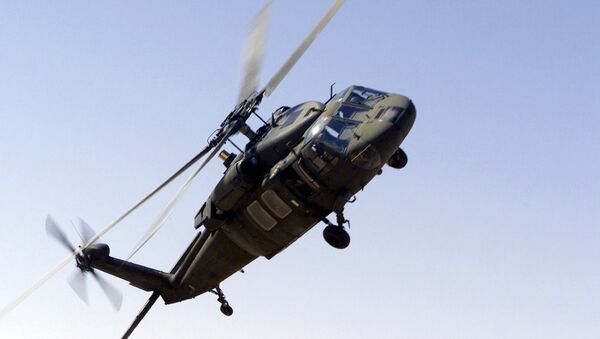 A Saudi prince and several government officials have reportedly died in an aircraft crash in Saudi Arabia near the Yemen border.

A helicopter carrying Saudi government officials has crashed in the southwest Asir Region of the country, media reported.

Prince Mansour bin Muqrin, the deputy governor of the Asir region, and several senior regional government officials had died in the crash, according to Al Arabiya. Search operation for the wreckage of the helicopter is currently under way, according to media reports.

Boeing to Provide Upgraded Helicopters to Saudi Arabia for $223 Mln
Saudi Arabian Asir Region borders with Yemen in the south. Yemen has been in the grip of a brutal civil war since 2015. In March 2015, the Saudi-led coalition of mostly Persian Gulf countries launched airstrikes against the Houthi Shia movement at the request of the internationally recognized government of President Abd Rabbuh Mansur Hadi.
Newsfeed
0
Access to the chat has been blocked for violating the rules . You will be able to participate again through:∞. If you do not agree with the blocking, please use the feedback form
The discussion is closed. You can participate in the discussion within 24 hours after the publication of the article.
To participate in the discussion
log in or register
loader
Chats
Заголовок открываемого материала