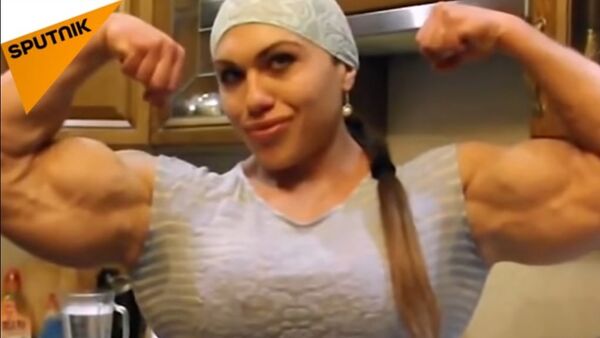 Natalia Kuznetsova, once a fragile girl from Russia’s far eastern city of Chita, says she just wanted to gain some weight when she started powerlifting years ago. Now the 25-year-old is a renowned master of sports and three-time world record holder.

Kuznetsova started practicing sports at the age of 14, focusing mostly on bodybuilding and powerlifting. Since then, the lady who weighted some 40 kilograms, has turned into a muscle-bound champ. With a height of 168 centimeters, she weighs 90 kilos and has 45 centimeter-wide hands.

To keep her spectacular shape, the athlete trains every day for several hours. She also has a special diet, in which she adds proteins in her meals instead of spices and sauces.

Natalia says she has lots of fans who recognize her in streets. There are also some haters who slam the powerlifter's lifestyle. However, she pays no heed to the criticism, saying she prefers to deal with people who know about powerlifting.