US, Saudi Arabia Behind Hariri's Resignation - Adviser to Foreign Minister 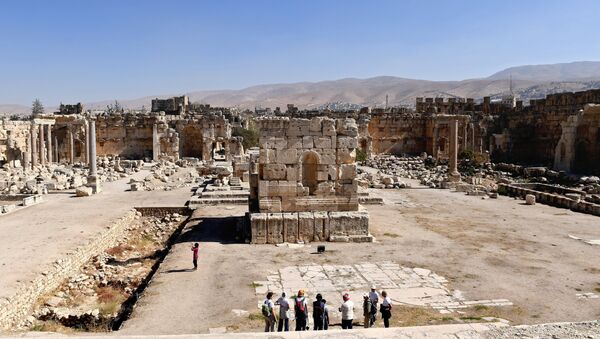 An adviser to Iranian Foreign Minister Mohammad Javad Zarif expressed his view on the possible reason of the recent Lebanon's Prime Minister resignation.

MOSCOW (Sputnik) — According to Hossein Sheikholeslam, an adviser to Iranian Foreign Minister Mohammad Javad Zarif, Washington and Riyadh are working "to fuel tension in Lebanon and the region after the defeat of Islamic State [terrorist group, banned in Russia] and failure of the United States in the region", he noted additing that "Hariri's resignation comes within the framework of plans of US President Donald Trump and Saudi Arabian Crown Prince Mohammed bin Salman."

Lebanese Prime Minister Saad Hariri Announces Sudden Resignation - Reports
Meanwhile, earlier in the day, Hariri announced his resignation in a televised address from Riyadh, blaming Iran for what he said was meddling in the Arab affairs, noting that there was an assassination plot against him.

Lebanon-based Shiite paramilitary organization, Iranian Shiite leadership and the Syrian government, headed by Bashar Assad, who belongs to the Alawite branch of Shiite Islam, are traditional allies in the Middle Eastern affairs. These forces used to stay united in the long-standing political and religious confrontation with Sunni monarchies of the Persian Gulf and other states supported by Western nations.