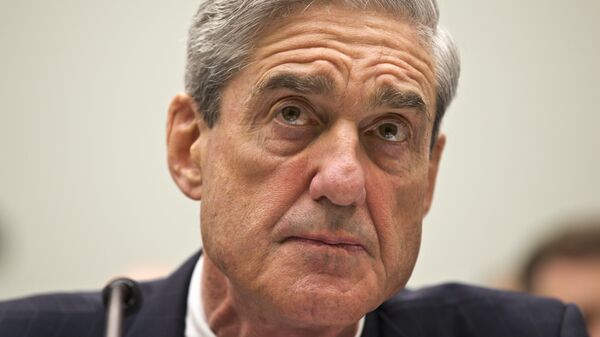 Special Prosecutor Robert Mueller is following the pattern of the Watergate investigation that eventually brought down President Richard Nixon in his legal strategy of forcing testimony from lower level aides to implicate their superiors including President Donald Trump, analysts told Sputnik.

WASHINGTON (Sputnik) — On Friday, a US Judge set May 7 as the trial date for former Trump Campaign Chairman Paul Manafort and his Deputy Richard Gates, who were indicted for allegedly money laundering and failing to register as a foreign agent in work for the Ukraine government.

The indictments came as part of Mueller's investigation into alleged Russian interference in the 2016 US election.

In a parallel investigation that is also focused on Russia, former Trump campaign foreign policy adviser Carter Page testified in a closed Congressional hearing on Thursday that he notified Attorney General Jeff Sessions that he was traveling to Russia during the presidential campaign. Page’s testimony contradicts what Sessions told the Senate Intelligence Committee earlier this year.

"This is the beginning of the drip-drip that brought down Nixon," he said.

However, Mueller is an experienced and successful prosecutor who would move carefully to make sure each step of his probe was airtight, Grosscup said.

"Mueller and his team have to be cautious and have their 'ducks in a row' as they go after the President," he explained.

Grosscup said the indictments this week against three former Trump campaign officials including Manafort were examples of this strategy being successfully applied.

"Mueller is intent on flipping the 'little fish' to go after higher-ups. I expect him to focus on the financial ties between the Trump campaign personnel and eventually Trump himself," he said.

Grosscup observed that the indictment was meant to threaten Manafort with the prospect of serving years in jail unless he cooperated with Mueller against Trump.

"According to analysis of the 12 part indictment, the [charges] are all serious, meaning significant jail time," he said.

"Mueller’s strategy is to look at the whole picture," Winnie said.

Mueller likely had the next steps in his grand strategy already planned and might announce more indictments rapidly in his efforts to put pressure on Trump's advisers, Winnie remarked.

"It is still an open question where these indictments will lead. We are going to see what happens over the next couple of weeks," he said.

Moscow has repeatedly refuted allegations that it meddled in the election. Kremlin spokesman Dmitry Peskov called the accusations "absolutely groundless" and that Russian government never had contacts with the Trump campaign team.