Putin Reveals the Pillars of the Russian 'Genetic Code' 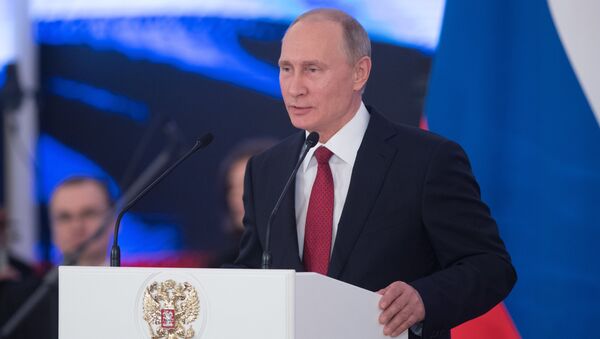 Russian President Vladimir Putin revealed what serves as the basis of the Russian statehood at a formal event held in Kremlin during the celebrations of the National Unity Day.

"Unity and patriotism always helped the (Russian) people to endure during times of hardship and to accomplish large-scale development goals. Tender care for the motherland, unwavering and sincere friendship, and utter unwillingness to acquiesce to any pressure from abroad – these are the pillars of the Russian statehood, our genetic and cultural code," Putin said, according to RIA Novosti.

Putin Lays Flowers at Monument to Minin, Pozharsky on National Unity Day
The Russian leader also remarked that during the Time of Troubles four centuries ago "the people rose up against chaos and anarchy, dealing with internal strife and foreign threat and preserving the dignity and independence of the country," and that back then "loyalty to the motherland united people of various classes, ethnic groups and religious beliefs."

The Russian National Unity Day is observed annually on November 4. First celebrated in 2005, this observance commemorates the events that transpired during the Time of Troubles in 1612 when a Russian merchant by the name of Kuzma Minin and Prince Dmitry Pozharsky led a volunteer army to liberate Moscow from Polish occupation.