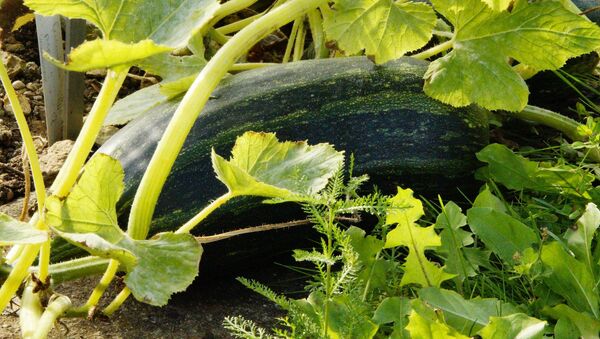 Police in the German state of Baden-Württemberg got quite a surprise when an elderly citizen called them to report a WWII munition that he apparently discovered in his garden.

The Baden- Württemberg police was probably preparing for the worst after an 81-years old resident of the town of Bretten reported that he found a bomb in his garden.

Upon their arrival however the officers discovered that the object in question was not in fact some kind of unexploded munition but a large zucchini about 15.7 inches long and weighing approximately 11 pounds, the United Press International reports.

According to the news agency, the police were able to deal with the vegetable "without having to call a bomb-disposal team."

The authorities believe that the zucchini was apparently tossed by someone into the garden.