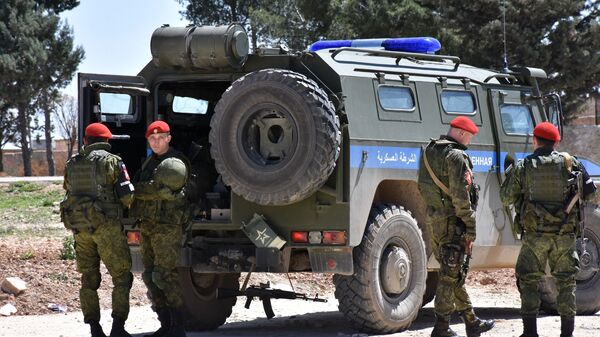 The Syrian government has given some militants an opportunity to return to a normal life, grants amnesty to them.

"The reconciliation center and the Syrian authorities agreed to withdraw the members of illegal armed groups from the northern part of Aleppo, ensure their safe passage and further amnesty," Soslan Tseboyev, the center's representative told reporters, adding that a total of 198 militants had surrendered.

Tseboyev noted that the militants had left the territory which is not controlled by the Syrian government via a security checkpoint. The Syrian security forces performed body searches, while the Russian side ensured the security of the area. All the militants were unarmed, and many of them were wounded, he added.

Abdullah Hussein, a representative of the Aleppo provincial administration, has confirmed that many of the surrendered militants will be granted amnesty.

"The law on amnesty was adopted on the initiative of our President Bashar Assad. This is a very just decision, because more often people just find themselves in the wrong place at the wrong time, while they did not have any intention of fighting against their country. Thus, in our province alone, more than 1,500 people have returned to a normal life," he said.

Syrian President Bashar Assad in July 2016 issued a decree providing amnesty to militants ready to lay down their arms and return to a normal life after a devastating six years of war in the country.