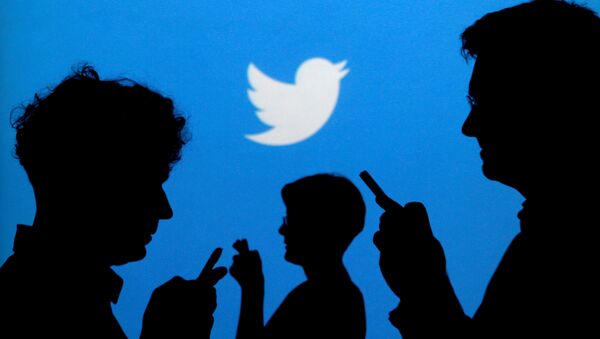 During testimony before the Senate Intelligence Committee, a representative of Twitter admitted that his company discovered alleged Russian election interference on their platform by flagging every account with Russian text, email, phone, IP address and so on as a potential agent of the Kremlin.

It sounds like we're making this up, but we aren't. This statement came from the mouth of Twitter's Acting General Counsel Sean Edgett as he testified before the Senate Intelligence Committee. "We're looking at things like, whether they registered in Russia, do they have a Russian phone number, are they on a Russian mobile carrier, do they have a Russian email address, are they coming in from a Russian IP, have they ever… logged in at any time from Russia?" Edgett testified.

In other words, Russian shills include anyone who bought a phone in Russia, lives in Russia, used Twitter in Russia, does business in Russia or with Russians. You're probably a Russian shill just for reading this article, according to Twitter.

#Twitter considers you "Russian-linked" if you have 1 of these:
— RU email
— RU phone
— RU credit
— RU IP
— RU as declared country
— Use Cyrillic pic.twitter.com/3cRnmEHdCs

Perhaps the most telling comment was in Edgett's written testimony that was submitted to the Senate. It read that accounts with "Russian language or Cyrillic characters [that appear] in the account information or name" were also flagged as "Russia-linked." (Emphasis ours.)

"Have you ever logged in, at any time, from Russia?" pic.twitter.com/2RXgvtC5yL

It isn't just the former Soviet Union. There are 3 million speakers in Germany (a holdover from East Germany) and about 1 million in Israel (a result of the diaspora of Russian Jews after the Soviet Union collapsed.) Some 850,000 Americans have Russian as their primary household language. If any of them thought to type something Russian on Twitter, they are now Kremlin shills. Oops.

It's also the alphabet of the language of the Yupik people — the vast majority of whom live in reservations in Alaska, US of A. Truly, the network of Kremlin interference is frightening, that an entire ethnic group of American Indians have become their election-jacking puppets. There are, of course, already allegations that Russians somehow infiltrated or co-opted the Standing Rock Sioux protests against the Dakota Access Pipeline last year.

I started my Twitter account with a Russian phone number and have bought many things with rubles now I’m worried that I’m actually a bot.

Twitter also admitted to censoring (or "taking action… to fight automation and spam on our platform," in their parlance) hashtags that related to the WikiLeaks release of the private emails of Hillary Clinton campaign chair John Podesta in October as well as emails from the Democratic National Committee in July. Twenty-five percent of all tweets tagged #PodestaEmails were automatically hidden, and 48 percent of tweets tagged #DNCLeak met the same fate.

Again, this is not a Pepe Silvia-esque conspiracy theory. These are statements taken directly from sworn testimony from Twitter's official representative.