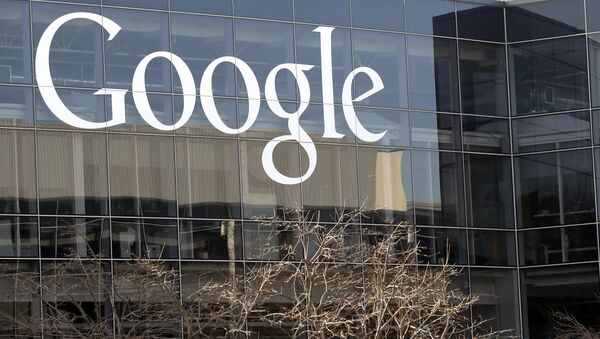 © AP Photo / Marcio Jose Sanchez
Subscribe
The decision comes after Twitter announced that it had decided to off-board advertising from all accounts owned by RT and Sputnik news agency due to an investigation into their alleged meddling in the 2016 US presidential election, a claim repeatedly denied by Moscow.

WASHINGTON (Sputnik) — Facebook and Google have not determined any abuses of their accounts by the Russia's RT broadcaster’s advertisements, the General Counsels of the two companies said during a Senate Intelligence Committee hearing on Wednesday.

"We have reviewed the RT accounts. As you know, RT advertises extensively in newspapers, magazines, airports across the United States. We have not found violations of our accounts," according to Google Senior Vice President and General Counsel Kent Walker. "But we are focused on making sure that there is enhanced transparency with regard to government-funded broadcasting of all kind whether it is RT or Al-Jazeera or other sources."

The representatives of Google, Twitter and Facebook were asked whether any of their organizations allows RT to purchase space or advertise on their accounts.

"We’ve offboarded, which means we’ve banned Russia Today and their related accounts from advertising on the Twitter platform," Twitter General Counsel Sean Edgett said. "That was effective as of a week or so ago."

The companies' joint statement comes a day after the testimony of US tech giants' executives on the alleged Russian meddling through posting dubious ads on social media. During the Congress hearing, Twitter acting general counsel said that the number of automated accounts that have been linked to Russia and that have been identified as posting election-related content during the 2016 presidential campaign is small in comparison to the overall number of accounts on the platform.

RT Editor-in-Chief Margarita Simonyan has commented on the issue, saying that the broadcaster spent immeasurably less money on Twitter ads during the US election race than all US presidential candidates spent during the entirety of their campaigns, with the most expensive RT America tweet, totaling $12,000, dedicated to the live broadcast of then-US presidential hopeful Bernie Sanders.

Pressure on RT and Sputnik in US

RT, as well as Sputnik, have been facing increased pressure amid allegations on their role in alleged meddling in the 2016 US presidential election, a claim strongly denied by Moscow.

In particular, RT was requested to register under the US Foreign Agents Registration Act (FARA) in September in an unprecedented move not applied to any other media operation in the country, prompting Moscow to warn Washington of response measures toward US outlets in Russia.

In the latest development of the situation surrounding Russian media outlets in the US amid the so-called Russia probe, Twitter decided to off-board advertising from all accounts owned by RT and Sputnik on the basis of its internal investigation.

In its turn, RT has revealed how Twitter itself has been pushing the broadcaster to spend big on its ads during the US election campaign, a proposal eventually turned down by the media outlet. According to Sputnik's press release, the agency has never used paid promotion on Twitter, pointing out that its subscribers are those who are looking for an alternative view on world events.

Earlier in the day, the Russian Upper House has recommended the country's media outlets to refrain from placing ads on Twitter.

Commenting on the pressure on RT and Sputnik on Wednesday, the Russian media watchdog Roskomnadzor said that it "has enough mechanisms for an adequate mirror response, if the unprecedented pressure continues."