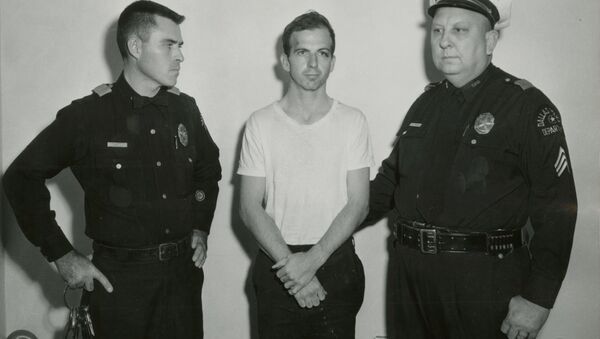 The currently undisclosed JFK files are related to individuals who provided information during the probe into the former US president's assassination, and whose lives may, therefore, be at risk if they are publicly identified.

WASHINGTON (Sputnik) — The remaining classified files on former US President John F. Kennedy's assassination are being reviewed by law enforcement and will be released on a rolling basis in the coming weeks, according to the Federal Bureau of Investigation (FBI) press release. The initial date for the last part of the revelations was April 26, 2018, set by Trump to ensure the release wouldn't undermine the country's security.

"Every effort is being made to lift the remaining redactions going forward," the FBI has said.

Currently withheld materials pertain to the individuals who provided information during the investigation, and whose lives may, therefore, be at risk if they are publicly identified, the FBI explained. Several hundred files were waiting for a 180-day review by US intelligence to confirm that they could be released at all.

This move has to lead to a public outcry on social media, with historians, journalists, and ordinary Americans urging Trump to release the rest of the files.

The first batch, which included 2,891 documents from the National Archives related to Kennedy's 1963 assassination was published on the organization's website last week.

The remaining records are expected to focus on JFK's mysterious murderer, Lee Harvey Oswald and his trips to Mexico City, Mexico, and Minsk, Belarus, have led to speculation that he assassinated the president on behalf of a foreign intelligence service. As Trump has conceived, this would end all conspiracy theories around the event.

Much remains unknown of Oswald, who was later killed by a Dallas nighclub owner, Jack Ruby. Details like Oswald's trips, other theories, never verified, suggest that Oswald was a catspaw for some branch of the US government or the mafia, or that there were numerous other assassins. The US government's official stance has always been that Oswald acted alone.