India Set to Become Next Battleground for Global Aeronautics Manufacturers 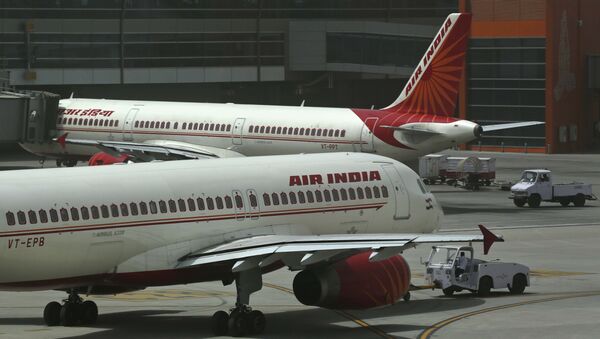 "The biggest driver of demand will be the Asia-Pacific region. The region will be the source of more than half the new passengers over the next two decades…the UK will fall to fifth place, surpassed by India in 2025, and Indonesia in 2030," IATA said in the report.

By 2036, India is expected have about 478 million airline passenger traffic, which will be more than that of Japan (just under 225 million) and Germany (just over 200 million) combined. Currently, India's passenger traffic is recorded at about 141 million.

Plane Flying From Abu Dhabi Skids Off Runway in India, 102 Passengers Evacuated
Indian airlines have over 800 planes on order and in the next five years alone are set to add 350-400 aircraft. All Indian airlines put together have a fleet of around 500 aircraft.

The next level of growth in the sector would come on the back of investments and capacity expansion, including of aircrafts. The sector is expected to attract investments worth $15 billion US by 2020, with about $10 billion alone coming from the private sector after the relaxation of foreign direct investment norms, says a FICCI-PwC report.

With Indian airlines eying to carve out their share in the fast-growing market, the report suggests approximately 300 small aircrafts, 250 helicopters, and approximately 300 business jets to be added to the current fleet of Indian carriers in the medium to long-term.

This serves as an opportunity for all manufacturers, including Russia's United Aircraft Corporation, the maker of — the Irkut MC-21, dubbed the major challenger to Airbus and Boeing. What gives the Russian firm an advantage over its competitors is its intent to localize the production line with India's Mahindra Aerospace, which is congruous with the idea of Prime Minister Narendra Modi's pet project ‘Make in India'.

India Inaugurates Aeronautical Test Range for Next Gen Fighter Jets, UAVs
Mahindra Aerospace is also partnering with Russia in the manufacture of the Sukhoi Superjet, something which was highlighted by Russian Trade and Industry Minister Denis Manturov during his India visit in March of this year.

He also said that the Indian conglomerate is being considered for a partnership for the manufacturing parts of the IRKUT-MC21 civil aviation aircraft.
In addition to India, the IATA report has also projected China to displace the US as the world's largest aviation market (defined as traffic to, from and within the country) two years before its previous forecast.

"We now anticipate this will occur around 2022, through a combination of a slightly faster Chinese growth and slightly reduced growth in the US," IATA said.