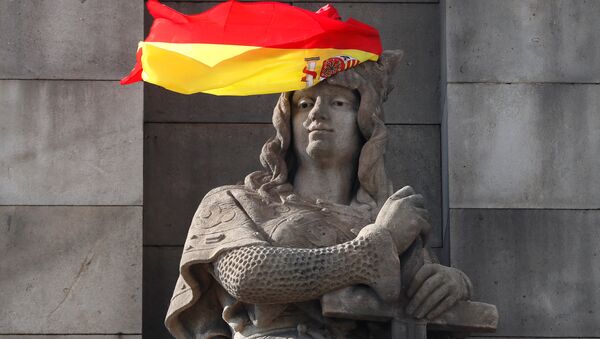 According to the Spanish foreign minister, Alfonso Dastis, Catalonia should remain to be a part of Spain despite the independence vote, in which some 90 percent of the region's residents backed secession from the country.

Madrid hopes that holding local elections in Catalonia would help to "restore legal governance and rule of law in Catalonia," the Spanish top diplomat has said.

"We hope and believe that after these elections, Catalonia will again be the same society it was before: open and integrated."

The Spanish foreign policy chief's statement comes after the country's Senate invoked Article 155 of the Constitution imposing direct control over Catalonia after the region's parliament had voted in favor of unilaterally declaring independence from Spain on October 27. Moreover, in a move boosting Madrid's control over Catalonia, the Spanish prime minister sacked the autonomous region's president, Carles Puigdemont, and his government and called for regional elections on December 21.

In his turn, Puigdemont has refused to recognize Madrid's decision and called for peaceful resistance. The former Catalan leader could reportedly face rebellion charges over the decision to hold the independence referendum dubbed illegal by the Spanish court. Nevertheless, the Spanish foreign minister said earlier that Puigdemont could possibly run in the elections.

Foreign powers have commented on Madrid's move, with most of countries voicing strong support for Spain's territorial integrity and calling for a peaceful dialogue in order to solve differences with Catalonia.