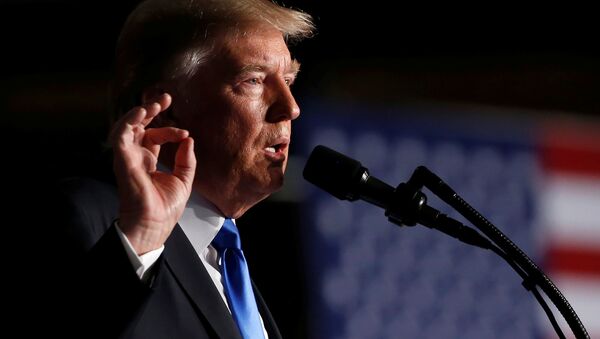 © REUTERS / Joshua Roberts
Subscribe
The Pakistani government responded to US assertions that it supports terrorist groups Thursday by saying the never-ending US war in Afghanistan should not be blamed on Islamabad.

Washington Must Accept ‘Defeat' in Afghanistan to Move Forward — Pakistan

"Their failures over the past 16 years in Afghanistan [are] before them," Pakistan's Dawn news outlet quoted Foreign Minister Khawaja Asif as saying in an address to the Pakistani Senate. "There will only be room for improvement if Washington accepts their defeat, their failures in Afghanistan," Asif said. The US is "not ready to accept this."

"We will not compromise on our sovereignty, our dignity. Our relations with the US should be based on self-respect and dignity," the diplomat said.

"Pakistan needs to, I think, take a clear-eyed view of the situation that they are confronted with in terms of the number of terrorist organizations that find safe haven inside of Pakistan," US Secretary of State Rex Tillerson said Monday. Islamabad frowns on comments like these as lecturing, a charge Tillerson was compelled to respond to on Friday.

"There's nothing achieved by lecturing, but we should be very clear about expectations and what we're asking," the US diplomat said Friday during a news conference in Geneva, Switzerland.

Tillerson continued, "We're asking you to do this; we're not demanding anything," he said, addressing the Pakistani government. "You're a sovereign country. You'll decide what you want to do, but understand this is what we think is necessary. And if you don't want to do that, don't feel you can do it, we'll adjust our tactics and our strategies to achieve the same objective a different way."

John Kiriakou, a former CIA officer who led counterterrorism operations in Pakistan in the aftermath of the September 11, 2001, terror attacks, explained the situation on Friday's Loud & Clear broadcast.

Such operations would be "illegal," international legal expert Christopher Black told Loud & Clear, adding that if Pakistan does not bend to Washington's will, they will likely go on anyway, disrupting Pakistan's sovereignty in the process.

000000
Popular comments
interesting concept, that of moving forward. I believe that it is alien to the members of the usg as they are facing the wrong way! Their forward is everyone else's backward (to the stone age)
michael
28 October 2017, 09:53 GMT2
000000
Again and Again Beware of Americans trying to bring "democracy" to your country. All they bring is death, destruction, corruption, occupation, plunder and pillaging. Proof me wrong if you can.