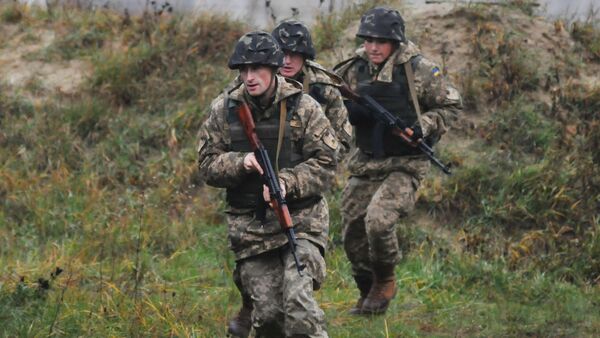 The military conflict in Eastern Ukraine has shed light on the conditions in the country's military, with thousands of troops getting killed or injured due to violations of military regulations and negligence.

KIEV (Sputnik) — A total of 10,103 Ukrainian military personnel were killed or injured due for non-combat reasons since the breakout of hostilities in the country in 2014, the country's Chief Military Prosecutor Anatolii Matios said Saturday.

In an interview with the ZIK broadcaster, Matios said that the manpower was lost due to "irrecoverable and medical losses, which means not because of the war." He pointed out that servicemen's violations of military regulations and negligence cause the casualties.

Russia's Monitoring Officers in Donbass Come Under Shelling - DPR
Kiev launched a military operation in the east of Ukraine in 2014, after local residents refused to recognize the new government that came to power in what they considered a coup and proclaimed independence.

Despite the 2015 ceasefire deal signed between the conflicting parties in Minsk and brokered by the leaders of Russia, France, Germany and Ukraine, the so-called Normandy Format, the situation in the region remains tense.