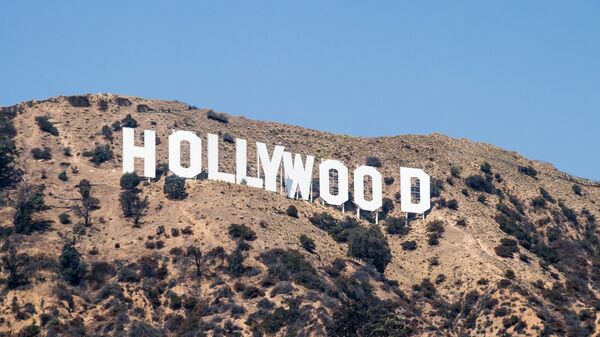 While the Harvey Weinstein affair appears to have rocked the US entertainment industry, in fact the concept of the "casting couch" predates Hollywood, award-winning film actor Robert Davi tells Radio Sputnik.

Robert Davi is a Hollywood veteran who has appeared in 140 movies including Die Hard and the Bond film License to Kill, where he played villain Franz Sanchez.

He is also an accomplished jazz singer, whose debut album "Davi Sings Sinatra" reached number 6 on the Billboard jazz charts.

In an exclusive interview, Davi tells Radio Sputnik about the scandalous behavior of producers in Hollywood and on Broadway, and why Harvey Weinstein is just the tip of the iceberg.

Sputnik: It's a topic that definitely rustled some feathers in Hollywood and across the world, if you believe the mainstream media. From your perspective, could you give our listeners an overview of the history of sexual harassment and misconduct in Hollywood?

Robert Davi: First off, I think it's probably been going on since time immemorial and not just in Hollywood but the seats of power anywhere in the world, from the beginning of time.

But, let's just look at Hollywood as that was the question. In the 1920s there was a very famous comedian called "Fatty Arbuckle," to put this in perspective, he was the Jim Carrey of his day.

There was a wild party in San Francisco in 1921 where there was the death of an actress, a woman called Virginia Rappe. Now, she accused Arbuckle of raping her and she died days later. He was initially charged with murder, it was downgraded to manslaughter and he was acquitted after three trials, strangely enough. That was the very big first Hollywood expose on criminal behavior. 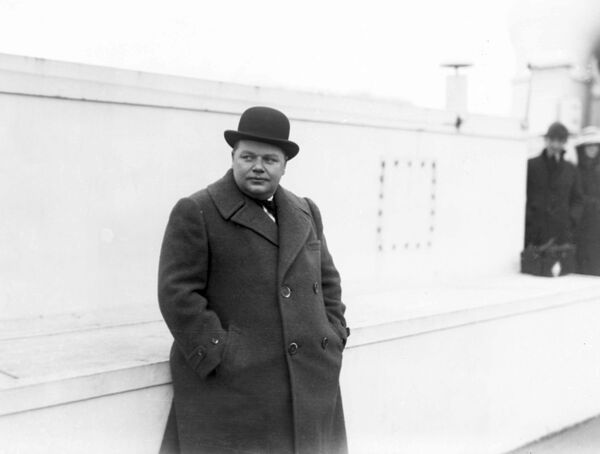 Comedian Fatty Arbuckle is pictured at an unknown location, Nov. 24, 1920
© AP Photo
In the 1940's, the actor Errol Flynn had a two-year affair with a girl starting when she was 15. There was the Roman Polanski case. There is a continual history of some kind of abuse going on with different celebrities since Hollywood began, to the current problems you see today with the Weinsteins. So, there has been a culture of that and unfortunately it's kind of an epidemic now.

Before filming, we had live theater in the 1800s and it was known that the Shuberts had a huge casting couch. That's where the term 'casting couch' came along, from the Shuberts when they would have young actresses and ingenues come up and if they wanted the part [they would perform sexual acts].

Sputnik: Is the casting couch a standard method now, or is this an outlier for the industry? Say, if you're Dorothy in Kansas and you're thinking of moving to LA, you're taking acting and vocal classes etc., you think you're ready for the big screen. When you get there, what are your opportunities, is the casting couch the only way to get through?

Robert Davi: You mentioned Dorothy – Judy Garland, in her book, writes that Louis B. Meyer was a big sexual abuser, he was a harasser and he harassed her. When Shirley Temple was a young girl, they would expose themselves to her. This is a culture. Then you have the innuendo of Casey Affleck and what happened with Charlize Theron and Bill Cosby.

This can happen to men as well. I did a film with Corey Feldman, who's a great kid [and has accused Hollywood figures of sexual abuse]. It happened to me early in my career – male casting directors would make innuendo. Now, you either act on the innuendos or you have the strength of character to say no and you don't. But people want fame, people want something and there's such competition. Woman and men have both compromised themselves, silently, to gain in their career – that's part of the issue.

Viral
Actress Natassia Malthe Alleges Harvey Weinstein Raped Her in London Hotel
An ex-girlfriend of mine had an incident with Harvey Weinstein in her apartment, which she told me about three months ago. They were dropped off at her apartment for her to change, she comes out of the bathroom and he's totally naked. Now, I said to her, 'why did you bring him to the apartment' and she said, 'well we were friends.'

This was 25-30 years ago, Weinstein's at the height of his powers, I could see a how a vulnerable young female could get herself in a dangerous position. Luckily for her, she went to the other side of the room and she reprimanded him very sharply and she noticed a look of embarrassment on his face, he put on his clothes and that was the end of it.

When she first told me about it, this Weinstein thing hadn't hit the air and she almost laughed about it. I said, don't you find that a little bit [concerning]. She said, 'we were friends and I didn't really feel [frightened]. But now, she looks back on it and it makes her scared, she realizes how vulnerable she was. 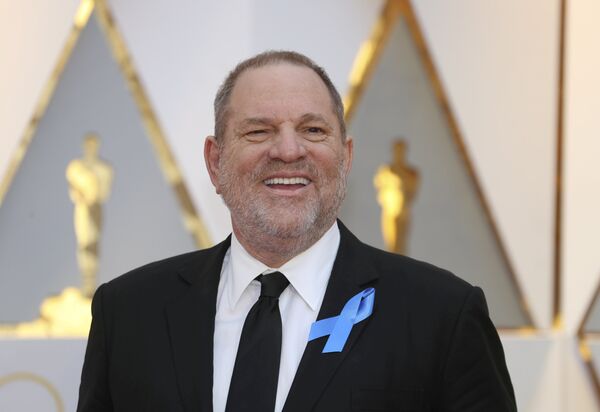 Harvey Weinstein poses on the Red Carpet after arriving at the 89th Academy Awards in Hollywood, California, U.S. (File)
© REUTERS / Mike Blake
Sputnik: Why do you think these allegations [against Harvey Weinstein] are only surfacing now and does this look like it's a concentrated effort, as if somebody pointed a finger and said, get that guy'? Could it be because Weinstein is somehow losing power or control?

Robert Davi: There is an old Italian saying: La vendetta e un piatto di mangia freddo – revenge is a dish better eaten cold. You've got Harvey Weinstein, who has been notorious for bullying certain deals. I ran into a producer recently at a film festival and she told me about her run-in with Harvey Weinstein in terms of a business deal and what a bully he was. How oppressive he was, trying to come after a film that they were representing, they knew it was going to be an Oscar contender and he wanted a piece of the action.

[He is a] tough businessman. Hollywood has producers that will stab themselves in the back to make a better deal. It's brutal, business is business. So, who knows what dead bodies lie on the field waiting to sniper Harvey Weinstein.

He hasn't had an Oscar-contending film since 2011 so who knows what employees around him were promised something and didn't get it. Who knows who was fired or hurt. It all leads to the vulnerability of it coming out.

Why, all of a sudden, did it come out about Bill Cosby? You're going to find [stories like] this coming out all over the place, and probably for the better. It will make things less dangerous for women and for men, because men have been objectified as well.