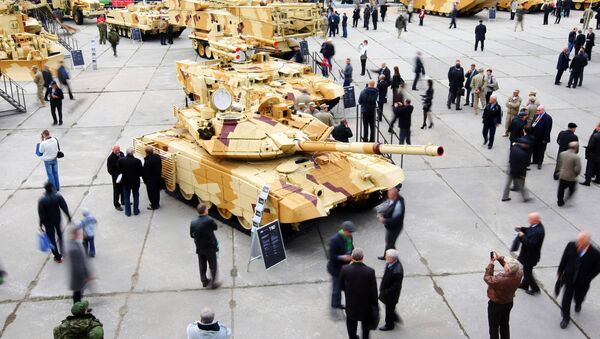 The US State Department said Friday that the newly proposed US sanctions against Russia were not thought of in Washington as a tool for competing with Moscow on the international weapons market.

WASHINGTON (Sputnik) — "Certainly, we are not looking at this particular sanctions legislation as some sort of competitive tool," the senior US Department of State official told reporters on Friday. "That's not the intent of Congress and certainly not the administration's intent in enforcing it." the official added.

On Thursday, the New York Times published a list of entities that the US State Department has suggested should be sanctioned. The list comprises 38 Russian entities, including the Federal Security Service, Foreign Intelligence Service, Main Intelligence Directorate of the Russian military’s general staff.

The report said the list does not constitute a determination to impose sanctions, but the guidance may be changed depending on circumstances.

Earlier in the day, the State Department said the US Secretary of State Rex Tillerson had provided the US Congress with a list of entities and individuals that should be targeted under the latest round of anti-Russia sanctions. The list was submitted past the October 1 deadline decided by US Congress in the summer, when it adopted new sanctions legislation.

The Countering America’s Adversaries Through Sanctions Act, signed into law by President Donald Trump in August, outlines sanctions against Iran and North Korea, and includes the broadest US sanctions against Russian since 2014.