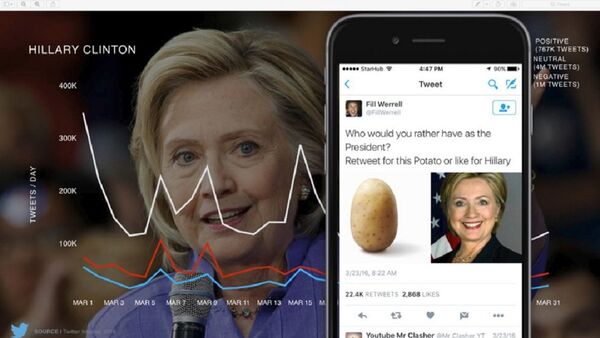 In response to Twitter's claims that it suspended RT and Sputnik from advertising on its platform due to the news outlets' attempts to meddle in the 2016 US presidential race, the broadcaster has released Twitter's complete pitch for a massive ad buy ahead of the election. Check out what Twitter offered RT.

The social media giant announced its RT and Sputnik ad ban Thursday. In response, RT revealed that that Twitter had attempted to sell the broadcaster a major ad buy, which RT wound up turning down. Twitter had offered RT custom graphics, analytics and research tools, and even a "dedicated team" of experts to help the network "curate content and provide strategic and tactical support during the U.S. Elections."

With Twitter intransigent in its claims that Russian 'interference' was the reason for the ad ban, and amid its failure to admit that nearly all major news organizations spend money on advertising their content on Twitter, RT decided to release, in full, Twitter's pitch, including its confidential details. Here it is in full, uncensored and uncut: 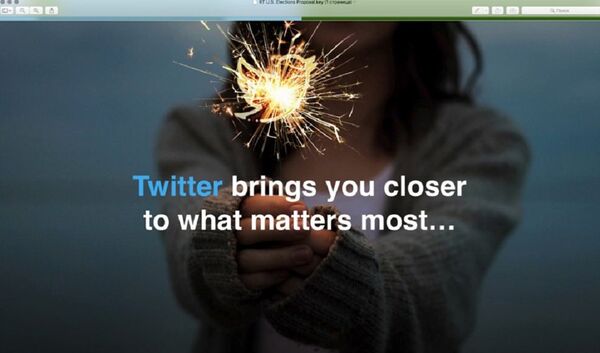 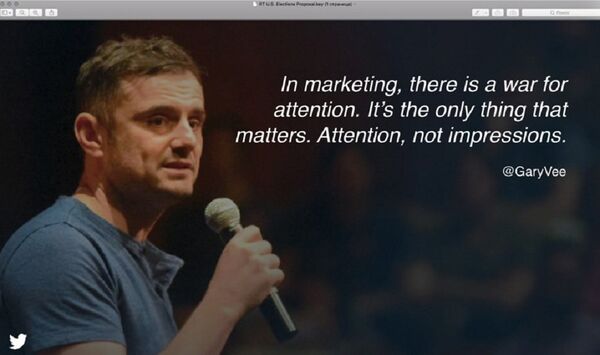 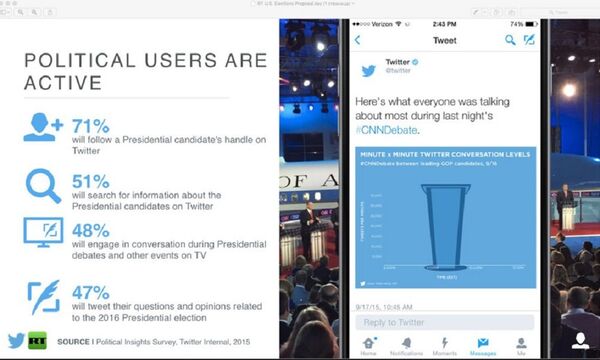 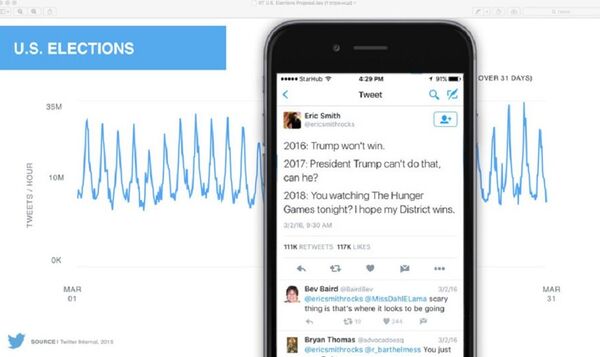 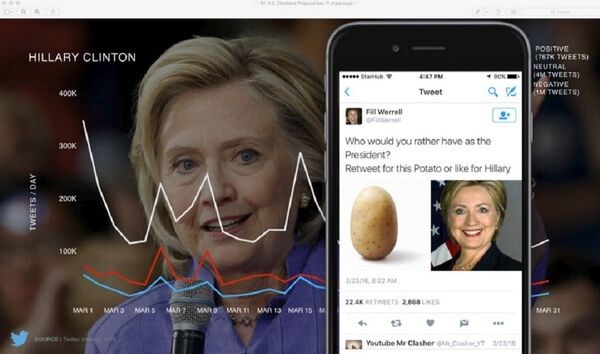 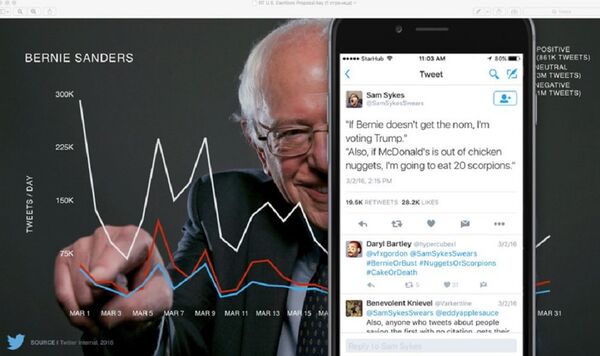 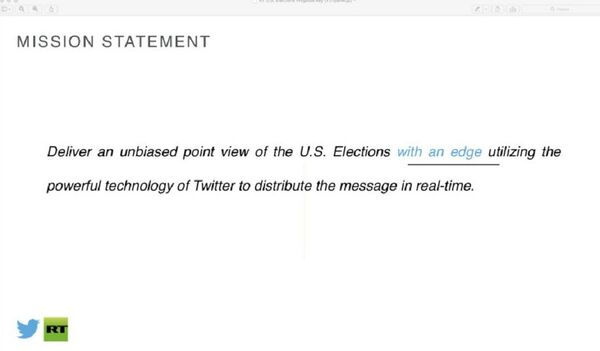 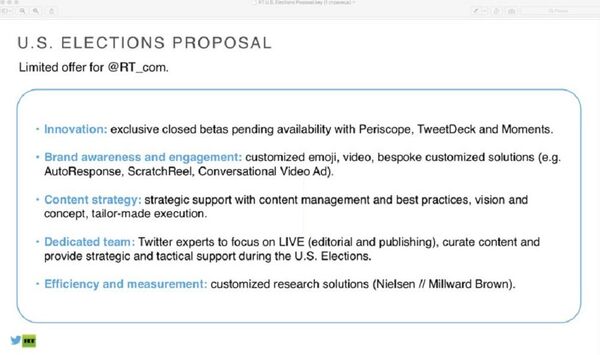 Slide 8, promoting the many benefits of Twitter's "limited offer" to @RT_com
© Photo : RT 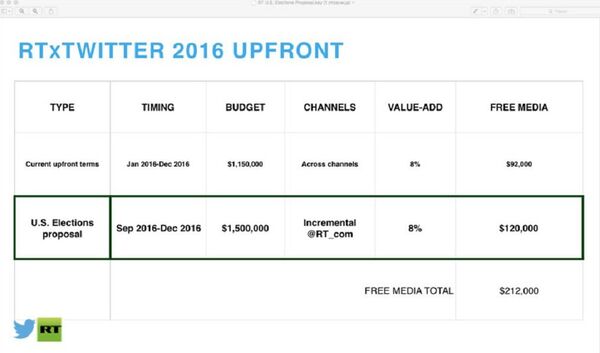 Slide 9, proposing an upfront $1.5 million US elections budget between September and December 2016, with Twitter offering to throw in $120,000 in free media.
© Photo : RT 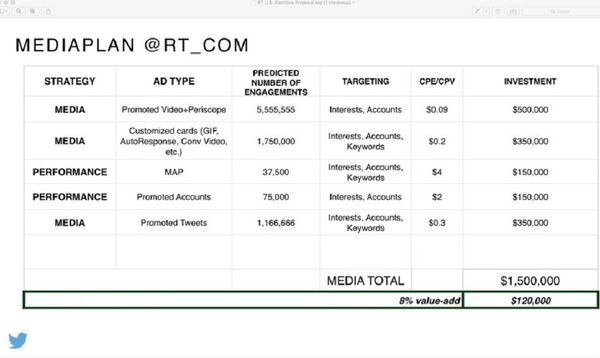 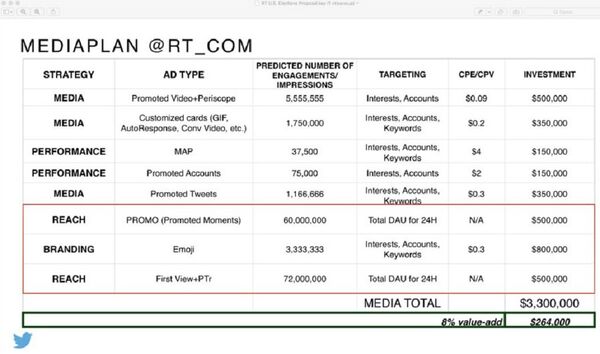 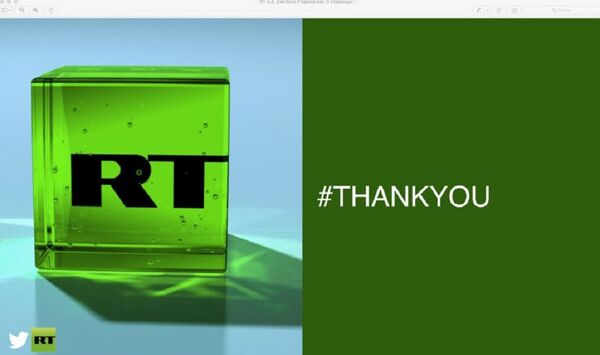