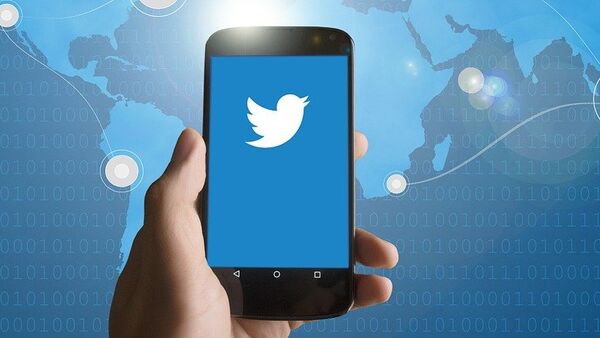 Margarita Simonyan has spoken out after the US-based microblog service announced it had made "policy decision" to off-board ads from Sputnik and RT. On Tuesday the company vowed "more transparency into who is advertising on Twitter" amid pressure from the US Congress.

The Sputnik editor-in-chief has called Twitter's decision regrettable after the microblogging platform announced it had banned all ads by two Russian media outlets, RT and Sputnik, citing "attempts to interfere with the US elections on behalf of the Russian government".

According to the statement posted on Twitter's blog, the company has made the "policy decision to off-board advertising" from all accounts owned by RT and Sputnik, effective immediately.

The statement also reads that the "decision was based on the retrospective work we've been doing around the 2016 US election". It claims the company didn't come to this decision lightly and is taking this step now "as part of the ongoing commitment to help protect the integrity of the user experience on Twitter."

Twitter has so far refused to provide more details on the issue for Sputnik.

The microblogging service also decided to donate $1.9 million it projected to have earned from RT advertising since they became an advertiser in 2011 to support research into the use of the social media platform in civic engagement and election, the statement added.

READ MORE: Ex-CIA Officer to Sputnik: It's Hard to Pin Down Tech Giants With Regulations

RT Employees in West Bank Lose Access to Office Blocked by Israeli Troops
Major social media platforms, including Twitter, have been under criticism for the promotion of "fake news" during the 2016 presidential election.  Amid the allegations of spreading fake news, Twitter has announced the launch of “industry-leading transparency center” that will provide all the details about ads placed on Twitter and the actors behind those ads.

Russian media, especially the RT broadcaster, have faced intense scrutiny in the United States. The broadcaster has been accused of allegedly spreading fake news and attempting to influence public opinion, especially amid the 2016 presidential election. In one of the latest instances of pressure on the Russian media, RT was requested to register under the US Foreign Agents Registration Act (FARA) by October 17. A group of US lawmakers led by infamous Republican Senator John McCain has also proposed the Honest Ads Act, a bill that would prohibit foreigners from posting political ads on US online media platforms.

Russian President Vladimir Putin said Thursday that Moscow would respond to any restrictions on the work of Russian media outlets in the United States "swiftly and symmetrically."