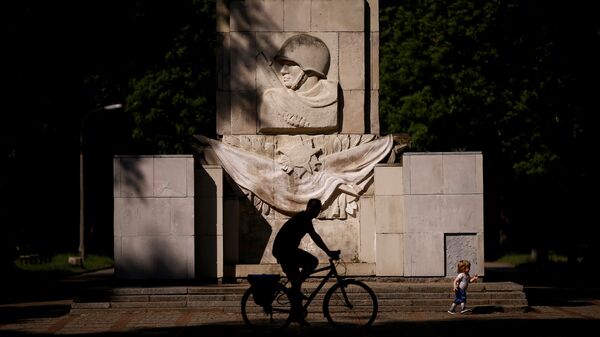 Ilya Tsukanov
All materialsWrite to the author
Poland's amended 'Law on De-Communization' has stepped into effect; over 200 monuments dedicated to the 600,000+ Red Army soldiers who died freeing the country from Nazism are set to be razed. Speaking to Sputnik, veteran Polish Solidarity activist Janusz Sanocki described the troubling wave of 'historical amnesia' sweeping his country.

The law, which came into force last Saturday, calls for the demolition of nearly 500 historical objects (including monuments, statues, historical markers, and other objects), including those to the Red Army troops. The Russian Foreign Ministry has made its feelings on the issue clear, stating earlier that "Polish authorities must understand that their unfriendly actions in the memorial sphere will not be left without consequences," and that "adequate, asymmetrical retaliatory measures will be taken against Poland."

According to Sanocki, Warsaw's battle with the monuments is a mistake, for at least two reasons. "I see a kind of dark shadow, a move toward radicalization in the media, which works in every conceivable way to fan anti-Russian sentiments," the politician said. "As if in Russia we see only an enemy which poses a threat to us. I do not see any search for that which might unite us with Russia."

"But we need to remember that if Hitler and the Wehrmacht had won the war, not a trace would have been left of us Poles; we would have been doomed to biological destruction. I do everything I can to explain this to my fellow countrymen, and to present to them my point of view."

Poland Set to Erase Iconic Soviet Symbol From Red Army War Graves
As far as the monuments go, Sanocki, a veteran member of the Solidarity trade movement in the 1980s, said that he doesn't see them as any sort of ideological symbol.

"I do not think that the monuments to the soldiers of the Red Army are any sort of symbol of communist domination over Poland; we are free citizens of a free country. These monuments are symbols of a past which remain very important for Russians and for all the other peoples living in the [former] Soviet Union, because they testify to the huge sacrifices that the Red Army suffered in its struggle against the Wehrmacht during World War II, along with the Soviet people. Personally, I oppose the demolition of these monuments."

According to the lawmaker, "knowledge of history is the path to mutual understanding." 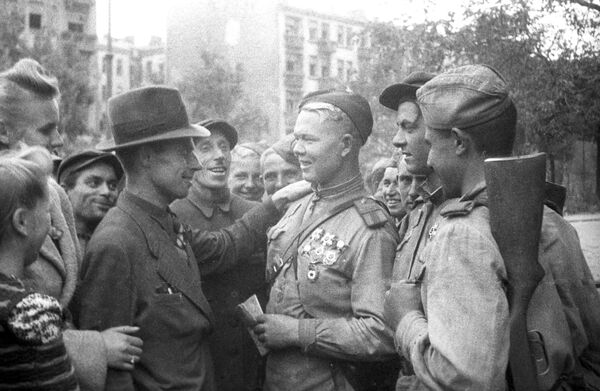 "Besides, Russia is not going anywhere; it will remain where it is on the map; this is our neighbor!" Sanocki stressed. "I advocate for the development of good relations with Russia. I want us to cooperate, for the welfare of both Poles and Russians, in the name of our friendship and peaceful economic cooperation," he added.

Ukraine as the Biggest Stumbling Block in Russian-Polish Relations

In Sanocki's view, the normalization of Russian-Polish relations is "absolutely vital," and there is a chance that the situation can improve with time, particularly as Poles come to terms with the fact that the crisis in Ukraine wasn't Russia's fault.

'Soviet Officers Saved Us From Nazis': Israel Rises Up Against Rewriting History
"It was over the situation in Ukraine that our country's 'hawks' got so riled up about," the politician recalled, adding that Crimea's decision to peacefully break off from Maidan-torn Ukraine and to rejoin Russia was based on the internationally accepted principles of self-determination. "If someone in Ukraine did not like this, they needed to appeal to the UN to hold a referendum, or to monitor Russia's actions. But Kiev didn't do this either."

Ukraine, Sanocki said, should get to the task of bringing its affairs in order. "I'll say this: I am a friend to Ukrainians; my grandmother was Ukrainian, I wish all the best for Ukraine. However, I still cannot forget how [Viktor] Yanukovych was overthrown during the winter of 2014, and how the new president, [Petro] Poroshenko, abolished the equal status of [the Ukrainian and Russian] languages in the country. Now we see the brazen behavior of extremely nationalistic, fascist, criminal forces for whom [Stephan] Bandera is a poster child. Yet Bandera's OUN-UPA militants were the ones who unleashed a bloody slaughter of Polish civilians in Volynsk and Eastern Galicia" during WWII.

Kiev, the politician stressed, must change its policy, and allow ethnic minorities to preserve their educational and cultural rights. "It must be taken into account that many Russians in Ukraine do not want to lose their native language and ties with Russia. The authorities in Ukraine do not seem to understand this, and I think Kiev is largely to blame for the present situation," Sanocki concluded. 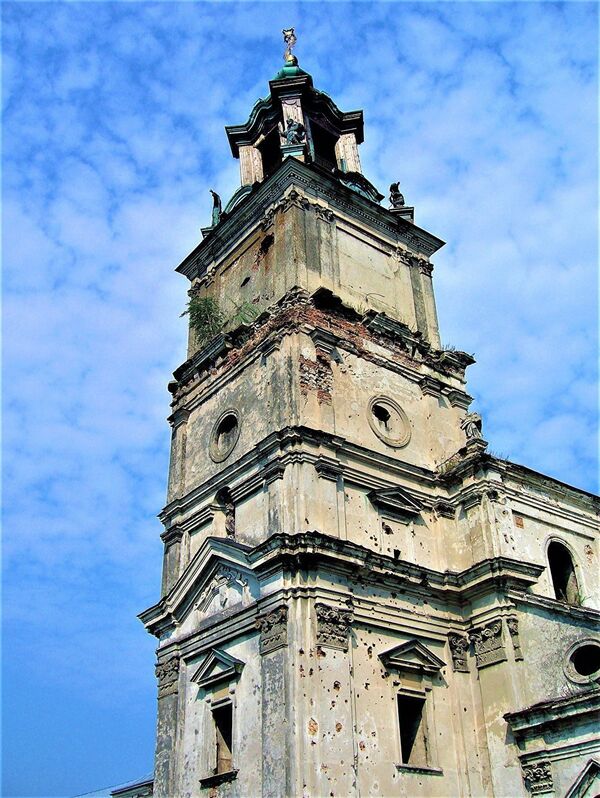 Monastery in the village of Pidkamin, Lvov Region. Bullet holes from during the war still scar its walls. During the war, Pidkamin was a shelter for Poles and Jews, who fled their homes to hide in the village's monastery. The UPA, in collaboration with Ukrainian SS units, attacked the monastery in March 1944, killing an estimated 300 people, mostly women and children, inside the monastery, and another 500 elsewhere in the village and its environs. Pidkamin was just one of dozens of sites where UPA units committed similar atrocities.
© Wikipedia /
Newsfeed
0
Access to the chat has been blocked for violating the rules . You will be able to participate again through:∞. If you do not agree with the blocking, please use the feedback form
The discussion is closed. You can participate in the discussion within 24 hours after the publication of the article.
To participate in the discussion
log in or register
loader
Chats
Заголовок открываемого материала