US to Release Some, But Not All, Secret JFK Assassination Records 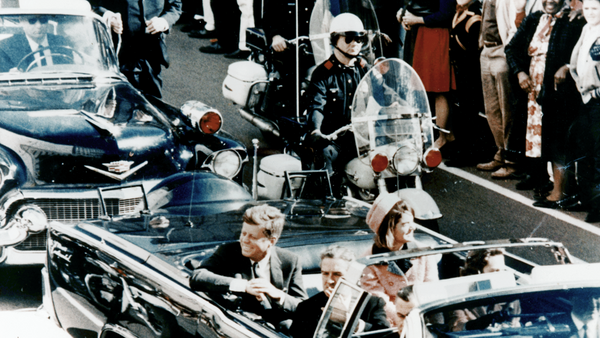 Last minute lobbying from forces within the US government has led to US President Donald Trump signing off on the release of 2,800 of the 3,200-odd remaining government files pertaining to the 1963 assassination of John F. Kennedy. Thursday was to be the deadline to release the last of the files.

Agencies that have pushed Trump to withhold some of the files include the CIA and the FBI, as well as the State Department, according to various reports. Allegedly, the withheld files could potentially reveal sources and operations pertaining to the 1990s internal review of the assassination that led to the passage of the President John F. Kennedy Assassination Records Collection Act of 1992.

JFK scholar Larry Sabato told CBS News that the CIA wanted names and information in the withheld documents redacted before they could be unveiled to the public.

Trump himself expressed interest in the contents of the documents, and promised to release them all "subject to the receipt of further information."

US intelligence officials told NBC News that the specific files that the CIA and others wanted to be withheld had not yet made it to the president's desk by late Thursday afternoon.

"I am ordering that the veil finally be lifted," Trump said in a Thursday memo to the agencies that would participate in the disclosure. However, Trump added, the concerns of the intelligence agencies were valid and therefore, "I have no choice today but to accept those redactions."

Instead, Trump has ordered an 180-day review to determine what information, if any, should never see the light of day. Anonymous officials told the Associated Press that Trump only did so reluctantly, and he let the intelligence agencies know that the withheld files only stay secret "only in the rarest cases."

"The president wants to ensure there is full transparency here and is expecting that the agencies do a better job in reducing any conflicts within the redactions and get this information out as quickly as possible," one official said.

Millions and millions of pages have already been released under the JFK Records Act, but these files are to be the last of it. The bulk of the files were released within two years of the passage of the act.

The remaining files are expected to focus on JFK's mysterious assassin, Lee Harvey Oswald. Much remains unknown of Oswald, who was murdered by a Dallas nighclub owner, Jack Ruby, just days after he killed Kennedy. Details like Oswald's trips to Mexico City, Mexico, and Minsk, Belarus, have led to speculation that he assassinated the president on behalf of a foreign intelligence service. Other theories, never verified, suggest that Oswald was a catspaw for some branch of the US government or the mafia, or that there were numerous other assassins. The US government's official stance has always been that Oswald acted alone.