Story of Real Vampires Residing in Italy and 'Cooperating With Police' 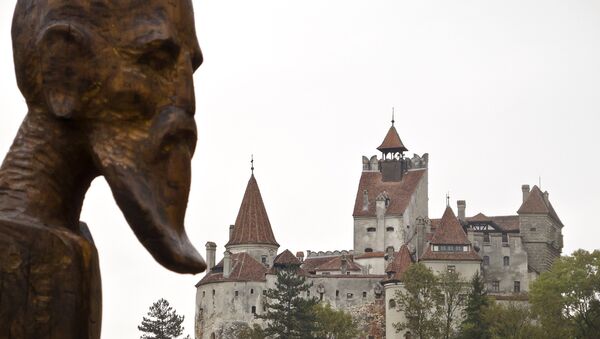 Vampires exist and there are at least 2,000 of them living in Italy alone. They live among us and drink blood, as described in ancient legends. They even have an association, called the Italian Vampire League, which unites them from all the regions of Italy. Sputnik Italia spoke with a vampire, the head of the association.

“The Italian Vampire League [Associazione Lega Italiana Real Vampires] is the official organization that I founded in 2013. It unites real vampires like me, and fights for the rights of its people. In addition, we deal with medical topics, based on studies of vampires in the US. There, this phenomenon has been studied for 30 years. In Italy, the association has 2,000 people,” the head of the Italian Vampire League, Davide Santandrea, said.

He further said that they do not look like the vampires shown in the movies and on TV, as it's not about fashion. “We are not the living dead. We are not immortal and do not sleep in coffins, we are not afraid of garlic and holy water. We are people, but from a medical point of view we are different from other people,” he added.

Malawi President Cracks Down on Vampires and Witches
There are some characteristics that make them stand out such as lower body temperature, sensitivity to light and faster healing of bone tissue, he emphasized.

“I once broke four ribs. The doctors said that everything would grow back together in two months, but just 10 days later I was completely healed. In addition, we have an inverted daily cycle. At night we are hyperactive, while in the afternoon we want to sleep,” the vampire said.

According to Sanandrea, in addition to these characteristics some real vampires possess extrasensory abilities or psychometry, which is the ability to see and read the past by touching objects or people.

“Due to this ability, some vampires cooperate with the police force. Also, all our five senses are more developed. All these features are already documented by American doctors,” the vampire added.

He further spoke about how vampires feed on living energy or “prana” rather than on blood: a few drops of blood  full of “prana” is enough for a real vampire. The donors are always checked medically before they can donate blood to vampires.

“Real vampires are not monsters, as they have been shown so far. These are ordinary people who, among other things, cooperate with the law enforcement agencies,” Sanandrea said.

How 'Vampires' Get By With a Little Help From Their Friends
These vampires have a certain physiology that sets them apart; the most obvious is their body temperature, which stays well below normal and implies a tendency to lead an active life at night.

In addition to having an interest in dark and neo-Gothic vampires also have a fascination for horror. A lot of it can be seen on their official website called AlterVisa.

Italian vampires have their own capital city – the town of Meldola, in Romagna province. In early 2017, a film and TV series about vampires were screened by David Santandrea; the movie is called "The Vampire Diary."