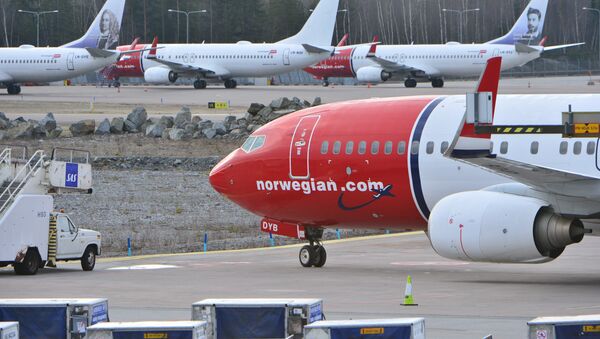 Tighter rules for the approximately 325,000 passengers flying to the US daily are set to take effect Thursday, October 26, major airliners said this week.

The regulations may include brief security interviews with passengers from 280 airports in 105 nations across the globe, Chanel News Asia reports.

World
US Proposes Laptop Ban on International Flights Around the World

"Based on these concerns, the Department of Homeland Security is working to raise the baseline of global aviation security to keep the traveling public safe," DHS noted, adding that the effort would be conducted "in coordination with our international partners."

Indeed, the US Federal Aviation Agency will propose a ban on large electronic devices stored in checked bags at an upcoming United Nations event. Lithium-ion batteries found in these electronics pose a fire risk most airliners are ill-prepared to suppress, according to an FAA study.

"The threat is still severe… The terrorist organizations, be it Daesh (ISIS) or al-Qaeda or others, want to have the big explosion like they did on 9/11. They want to take down aircraft, the intelligence is clear on that," Acting DHS Secretary Elaine Duke said recently.

A representative for China Airlines called the new measures a "big issue," while Korean Airlines president Walter Cho told Reuters "it's just inconvenient for the passengers" and that customers should plan to arrive at the airport earlier than usual.

Airlines for America, a US-based industry association group, said the Trump administration had been flexible during the implementation of the "complex security measures."

The head of the International Air Transport Association, a trade association representing 275 airliners, or 83 percent of all air traffic, remarked in the Reuters report that the "unilateral measures announced without prior consultation" were "very concerning and disturbing."