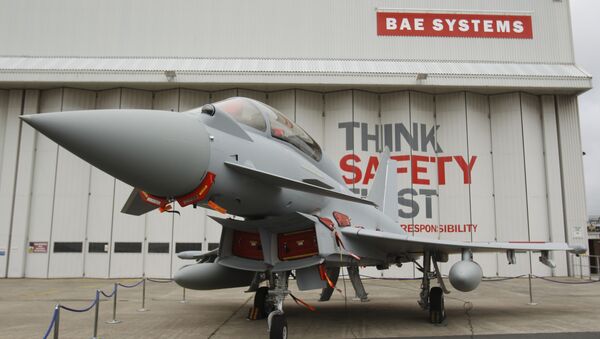 © AP Photo / Peter Byrne
Subscribe
International
India
Africa
A former British military chief has added his voice to the constantly echoing calls for the UK's defense budget to be seriously beefed up, and has invoked the threat of attack by Russia as a justification. As with previous interventions of this ilk within the UK and without, if heeded the caution will generate vast profits for arms companies.

The UK's defense budget must be increased to ensure the UK's armed forces can protect the "homeland" against a potential attack by Russia, former military chief Sir Richard Barrons has warned.

Speaking to the BBC in advance of Chancellor Philip Hammond's Autumn Budget, the retired senior officer said "the future will not replicate the comfortable recent past," the UK would be unable to "deal with" an attack by another major power, and the government risked losing the ability to protect British citizens during times of "great jeopardy."

Sir Barrons, who until 2016 led the UK's Joint Forces Command, also warned reducing the size of the British army below 82,000 would be a "problem."

He went on to argue the UK needed to be prepared to fight "wars of necessity" in the future, but acknowledged it was doubtful his warning would persuade the chancellor to allocate more funding to the armed forces.

"I'm sure I haven't convinced him, because I'm sure nobody in government is having the profoundly important debate we need to have about how the world has changed, how the UK is at greater risk and what we need to be prepared to do in the future because the future will not replicate the comfortable recent past," Sir Barrons said.

Asked to make the case for why money should be taken from other departments and given to the UK Ministry of Defence instead, he said the case was "very straightforward." An army of 82,000 "plus a strong reserve" of 30,000 was a "good place to start."

"The risk today and more so in the future is that countries like Russia already have capability that could hold the UK homeland at military risk at very short notice. We run the risk in the future British citizens or friends abroad will be in great jeopardy, they would need military help and we would have removed the ability to help them and our place in the world would be much diminished and we would be at risk," he concluded.

Calls for the UK to drastically increase its defense budget are nothing new. In 2017, they have been a nigh-on weekly occurrence. Perhaps most notably, in September, former First Sea Lord Admiral Sir George Zambellas warned the UK would have the military capability of a "Third World nation" unless defense spending was increased — and in July, Conservative MP Bob Stewart, former United Nations commander, described the size of the UK's armed forces as "laughable" and "disgraceful" at a Westminster Hall debate.

It's not merely figures in the UK who have made such demands — Woody Johnson, the NFL team owner turned US ambassador to the UK, has also said the UK is spending the "minimum" on defense and must decide "whether it's enough."

Nonetheless, Sir Barrons' intervention is notable in that the Joint Forces Command he until recently led has responsibility for preparing for future conflicts — as a result, the former military bigwig has an intimate comprehension of the British army's capabilities.

Still, the invocation of a "Russian threat" is somewhat novel in respect of the UK — similar scaremongering issued in January by the UK's own defense think tank, the Center for Historical Analysis and Conflict Research, stated UK military capacity had been "hollowed out" to such a degree since 2010 that the entire British fighting force could be wiped out "in an afternoon" in the event of war with Russia, although the authors conceded the UK did not face "immediate risk" of a direct attack from any foreign state.

​Elsewhere, in particular Eastern Europe, claims of a looming Russian military threat have been used to justify a huge NATO buildup in the region ever since 2014. As a result, as of October 2017, there is an unbroken line of troops, plans, ships and missile defense systems running almost the entire extent of the Russian Federation western borders.

In July, US Vice President Mike Pence conducted a "whistle stop" tour of the region, and suggested the US would install the Patriot system, which can intercept incoming missiles and warplanes,, in a number of countries, including Estonia and Lithuania. 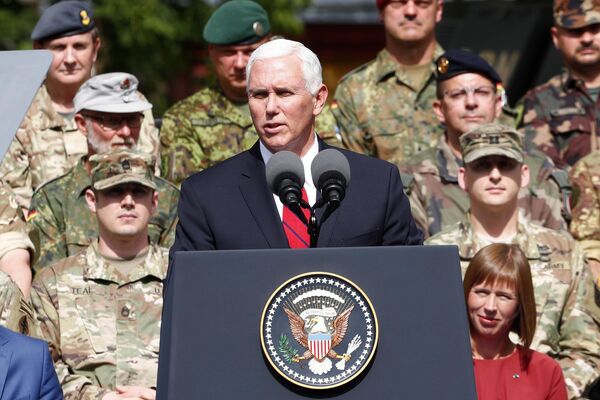 The pledge followed the system's use earlier that month during a large-scale wargames exercise. The drills were sizable in their scope and highly provocative in effect, involving almost 500 personnel and 30 air defense systems drawn from countries such as US, UK, Latvia and Poland.

"No threat looms larger in the Baltic states than the specter of aggression from your unpredictable neighbor to the east. Russia continues to undermine democracy of sovereign nations and divide the free nations of Europe one against another," Pence said.

Poland May Sign Deal on First Patriot Missile Systems Delivery by 2018
Poland has already committed to spending US$7.5 billion on eight Patriot batteries, despite suggestions the Patriot will be obsolete by the time they reach Warsaw, much less become operational (provisionally 2023).

The immense cost of the systems may offer some clue as to the frequent invocation of the "Russian threat" — international defense companies stand to reap major windfalls from rising tensions and illusory hazards.

Former First Sea Lord Zambellas' intervention was a palpable demonstration of such ulterior motives — the admiral is a Senior Advisory Board Member of defense giant Boeing's Liquid Robotics arm, a division that would profit handsomely from greater naval investment.