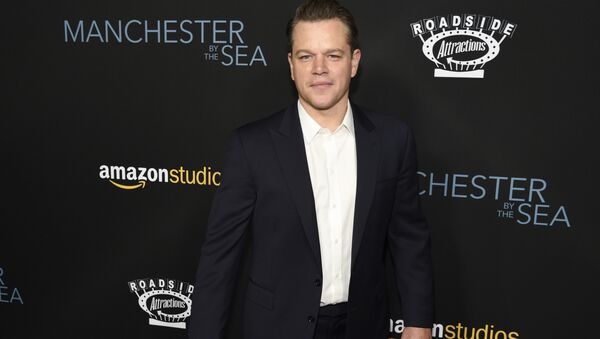 The disgraced Hollywood mogul Harvey Weinstein has been accused of sexual harassment and bullying by a number of female film stars. Recently, male actors such as Matt Damon and George Clooney have also come forward stating that they were aware of the alleged assaults.

In an interview on Good Morning America that aired on 23 October, Matt Damon and George Clooney both admitted that they knew Weinstein was a “bully” and “womanizer” as the film producer liked to brag about sleeping with famous actresses.

However, Damon and Clooney confessed that they had no clue about the extent of the sexual harassment that allegedly took place.

Previously, actress Gwyneth Paltrow spoke about how Weinstein had sexually harassed her in 1996 when she was working on a film produced by him, the adaptation of Jane Austen’s Emma. Back then she was 22 and was dating Brad Pitt. She told Pitt about the encounter and he confronted Weinstein about it.

Matt Damon in an interview on Good Morning America confirmed Paltrow’s statements about the alleged assault, saying that he knew about that particular incident.

"I knew the story about Gwyneth from Ben [Affleck] because he was with her after Brad and so I knew that story," Damon said. "But I was working with Gwyneth and with Harvey on [1999 film The Talented Mr.] Ripley.

#MeToo: Now GoT Star Headey Alleges Harvey Weinstein Sexually Harassed Her
"I never talked to Gwyneth about it but Ben told me that whatever agreement they had come to there was an understanding… and he treated her incredibly respectfully. Always," Damon said on the show.

George Clooney also admitted that Weinstein was a “predator” who used to regularly brag about having sexual affairs with famous actresses.

"I didn't necessarily believe him quite honestly, because to believe him would be to believe the worst of some actresses who were friends of mine, and I didn't really think that they had affairs with Harvey — and clearly they didn't," he said.

"But the idea that this predator, this assaulter was out there silencing women like that, it's beyond infuriating. And that fact that the story is coming out now and the more it comes out, I want to know all of it,” Clooney added.

Viral
'I Knew': Tarantino Finally Speaks Out About Weinstein Sexual Harassment Scandal
Earlier, film director Quentin Tarantino, who worked with the disgraced producer on several movies, such as Pulp Fiction and Inglorious Basterds also came forward saying that he was aware that Weinstein had acted inappropriately toward women and is now "ashamed" that he didn't do anything about it.

Since the allegations against Weinstein were first published, over 60 women have come forward to allege he sexually harassed them including Angelina Jolie, Cara Delavigne, Lena Headey and Rose McGowan.

Weinstein's wife announced their separation and he has been fired from the board of The Weinstein Company, which he co-founded with his brother. They also co-founded the Miramax film production company in 1979.

However, the producer's latest statement via a spokesperson said "any allegations of non-consensual sex are unequivocally denied" by him.