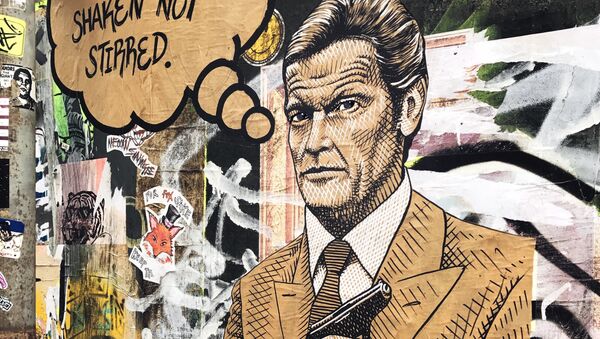 © Ungry Young Man
Subscribe
As Brexit negotiations continue to falter, the prospect of the UK not ultimately seceding from the European Union becomes increasingly likely. Here are five scenarios through which the UK could remain an EU member state post-March 2019.

While government ministers and spokespeople give every indication Brexit is an absolute certainty, many other sources are far less certain.

For instance, in September, investment bank goliath Morgan Stanley, envisaged two key scenarios in which there will be no Brexit at all.

​Firstly, if the government is unable to negotiate Brexit within the allotted time, it will be forced to pursue a slower process through one means over another. Over this longer period, "the costs of Brexit in lost growth and influence will become clearer and public opinion will shift to opposing Brexit," the bank forecasts.

​Alternatively, the bank speculates, the existence of a "pro-Europe majority" among the UK's political class could simply block any deal on the basis of quality when it comes to a parliamentary vote.

Today, negotiations between Westminster and Brussels thunder on, despite no agreement being reached on key issues, and the March 2019 deadline for Article 50's completion looms ever-nearer, raising the prospect of the UK seceding with no deal in place.

Such an eventuality will be unacceptable to "Remainers" — and even some "Brexiteers" are surely wary of simply crashing out of the bloc with no agreement.

"I think we are heading for no deal. That is a serious threat to Britain and it's not in Britain's interest for that to happen, and we will stop it," said Shadow Foreign Secretary Emily Thornberry, October 22.

In the Event of 'No Deal' Brexit, Troops Could Police Britain's Borders
Here are some scenarios via which Thornberry's caution could become reality.

At a meeting of the European Council October 19, German Chancellor Angela Merkel offered much reassurance to Theresa May, saying sufficient progress had been made, and she was confident a good Brexit deal would be reached by March 2019.

She also criticized the UK media for presenting the talks as "shambolic" or behind schedule, saying such accusations were "absolutely absurd," and Brexit would definitely happen "within the required time frame."

However, the cost of Britain's exit fee remains a significant bone of contention — with the public, Westminster and Brussels. It has been suggested May privately agreed to stump up US$47 billion.

Merkel Upbeat on Brexit Deal Amid Talk May Has Agreed $47 Billion 'Divorce Bill'
Downing Street is yet to confirm the sum has been finalized, although the figure is likely to be extremely controversial — after all, it could fund 35 new hospitals, end the housing crisis or replace the UK's fleet of Trident nuclear submarines. Hardline euroskeptics could simply call for the talks to be abandoned, whilst committed Remainers may feel staying is the best option.

EU member states have been highly facilitative to the UK's secession aspirations — no member state blocked or questioned the country's triggering of Article 50, leaving the country free to commence withdrawal negotiations.

Such harmony may crumble when it comes to shaping the UK's post-Brexit relationship with the bloc. For example, the UK's primacy in financial services has been eyed enviously by other major finance capitals in Europe, such as Paris, Frankfurt and Amsterdam for some time, and the European Central Bank (ECB) has made clear it wants the lucrative business of euro clearing moved to its own coffers.

Moreover, other states, such as the Nordics, may oppose British ambitions to fish freely in a much larger territory.

Reaching the Promised Holland: Investment Banks Looking to Amsterdam Post Brexit
There are but two out of a potential 27 "red lines" member states may seek to impose on a trade deal, significantly complicating the withdrawal process for the UK, and making "no deal" — or, at least, a bad deal — a likely prospect. Faced with that choice, the government could choose neither, and elect to remain.

The UK government could withdraw its intention to leave — Article 50's provisions make clear this is entirely possible from a legal perspective.

This could be done to reverse withdrawal outright or it could be enacted to delay the process, theoretically affording the UK and EU alike more negotiating time. However, Brussels has indicated it will not negotiate outside the auspices of the Article 50 process — so such an effort could merely protract the existing deadlock, to no tangible end.

In any event, reversing the process — or stalling the process yet further — could prove extremely controversial with Brexiteers at every level, producing any number of unknown political consequences for the government.

Despite the prospect of an outcry, away from Brussels, the UK government faces a number of legislative challenges at home.

For instance, the EU Withdrawal Bill, which seeks to transpose cherry-picked aspects of EU regulation into UK legislation, has cleared its second reading in the Commons, but was subject to hundreds of proposed amendments by MPs on all sides. The government is yet to allot time for debate at committee stage as a result.

Scottish Government Calls on Devolved Parliament to Reject EU Withdrawal Bill
Furthermore, one proposed amendment would effectively give MPs the power to block a no deal scenario, by ensuring the final Brexit deal (whether negotiated by Brexit Secretary David Davis or not) can be debated, amended or rejected by legislators as a separate bill in its own right.

The provision has the support of around a dozen Conservative MPs and the Labour Shadow Cabinet, enough to defeat any final deal, theoretically. If the amendment passes, parliament will have the power to vote through the UK's new post-Brexit relationship with the EU, or reject it.

Rejection could spell the end of May's government, prompting a general election. The vote would by necessity be fought on the implied question of "deal or no deal" — the latter equating to remaining — and with opinion polls pointing to a Conservative defeat, Brexit could be off the cards in short order. While Corbyn is ostensibly committed to Brexit, Labour remains ambivalent at best.