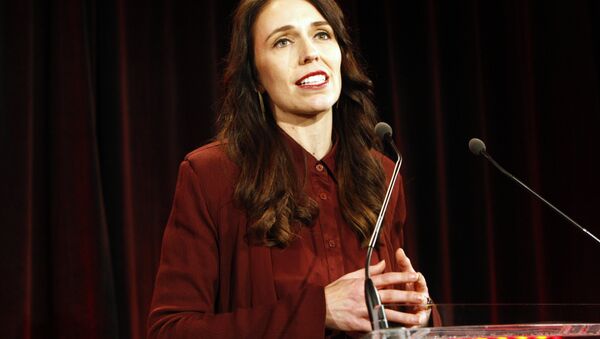 Ardern's rise to power has set off a kind of ‘Jacindamania' among her party's followers, as she affirmed a commitment to establishing an economy that serves all New Zealanders, protecting the country's environment and cleaning up its waterways.

She has been compared to politicians like Barack Obama and Justin Trudeau because of her persona, popularity and charisma. In addition, her pledge to eradicate child poverty, make tertiary education free and decriminalize abortion have been described as breathing life into New Zealand politics.

"This is an exciting day. We aspire to be a government for all New Zealanders and one that will seize the opportunity to build a fairer, better New Zealand," Ardern said, after the country's electorate cast their votes.

"We will work hard to ensure New Zealand is once again a world leader, a country we can all be proud of. We said we could do this, we will do this," she added.

Winston Peters, a New Zealand politician and leader of the populist New Zealand First political party, expressed his support of Ardern, 37, on Thursday, stating that "It's time for capitalism to regain its human face," according to the New York Times.

"For too many New Zealanders capitalism has not been their friend but their foe," Peters said, cited by The Guardian.

"We had a choice for a modified status quo or for change… that's why in the end we chose a coalition government with NZ first and the Labor party."

English called Ardern to congratulate her party on winning the vote, but also to remind her that, with 44.4 percent of the vote and 56 seats in parliament, the National Party would still provide strong competition in New Zealand politics.

Following the September election, the National Party was left with 56 seats and the Labor party with 46, both less than the 61 seats required to establish a majority government in the 120-seat parliament.