Down, But Not Out: Merkel Kicks Off First Round of 'Jamaica Coalition' Talks 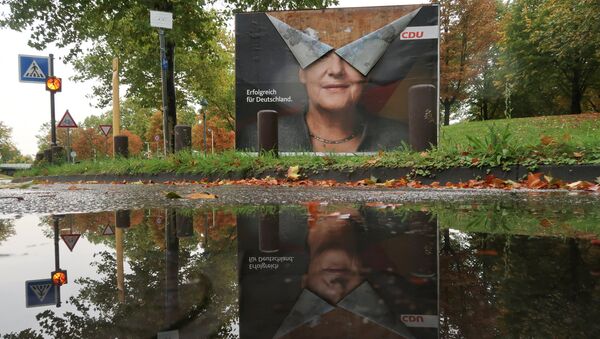 Four parties from across the political spectrum have begun talks to form Germany's next government under the leadership of Angela Merkel, but a host of policy differences mean the Chancellor is facing a daunting task to negotiate common ground amongst them all.

Although Angela Merkel's center-right parliamentary bloc got the most votes (32.9%) in last month's elections, the party's worst result since 1949 has left it searching for coalition partners in order to govern.

In the last parliament, Merkel formed a so-called "grand coalition" with the Social Democrats, but after suffering its worst-ever election result on September 24, taking just 20.5% of the vote, the SPD announced that this time around it will be in opposition to the government.

As a result, Merkel's only chance of forming a coalition lies in negotiations with the classically liberal Free Democratic Party (FDP) and the Greens, which came in fourth and sixth place respectively.

The Eurosceptic, anti-immigration Alternative for Germany, which came third with 12.6% of the vote, and the leftist Die Linke, which came fifth with 9.2%, have ruled themselves out of coalition talks. 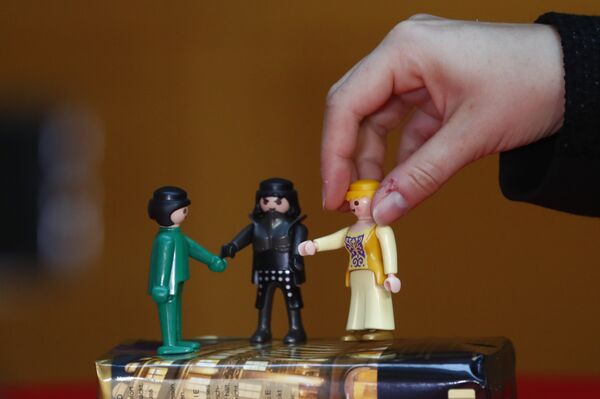 Journalists set up toy figures for a possible so-called "Jamaica coalition" of Christian Democratic Union CDU party, the Alliance 90/The Greens party and Free Democrats (FDP) before a press conference in Berlin, Germany.
© REUTERS / Hannibal Hanschke
The potential coalition has been dubbed the "Jamaica Coalition," since Merkel's CDU/CSU bloc is associated with the color black and the Free Democratic Party (FDP) with yellow, in addition to the Greens.

On Friday, the parties held the first round of joint talks on the formation of a coalition government. They had spent the last week holding talks among themselves as a warm-up to Friday's discussion, but they have some major policy differences to surmount, Sputnik Deutschland reports.

The Bavarian sister party to Merkel's Christian Democratic Union (CDU), the Christian Social Union (CSU), is led by Horst Seehofer. He has repeatedly demanded limiting the number of refugees entering Germany to 200,000 per year, a demand rejected by Merkel on the grounds that it isn't "practical."

Combo shows German Chancellor and Christian Democratic Union (CDU) leader Angela Merkel stumbling on the stage as Bavarian State Premier and Christian Social Union (CSU) leader Horst Seehofer looks on during the Christian Democratic Union's (CDU) party in Karlsruhe, southern Germany, on December 15, 2015
© AFP 2022 / Michael Kappeler / DPA
However, the CDU and CSU have agreed to declare Algeria, Morocco and Tunisia safe countries of origin, which would expedite repatriations. They also agree that all asylum seekers should remain in asylum centers until their application has been processed.

These policies are opposed by the Greens, whose leader Simone Peter declared, "We will not participate in policies that deprive people of their rights."

The Greens, as well as the FPD, want to create more legal certainty around immigration with a comprehensive migration law. FPD politician Joachim Stamp called it "one of the most important projects for a potential Jamaica coalition," but Merkel's Union instead proposes a "skilled employees immigration law," with a focus on immigration by migrants with skills required in Germany.

During the election campaign, the CDU/CSU was in favor of increasing defense expenditure from the current 1.2% of GDP to 2%, in line with the NATO target.

During pre-election campaigning, the Greens had called for the government to maintain sanctions against Russia and even strengthened. However, the FDP has criticized the sanctions and called for dialogue with Moscow instead.

"Sanctions only make sense when they work. If you know that the other side is more or less coping with them, sanctions are nonsense," deputy FDP chairman Wolfgang Kubicki said. 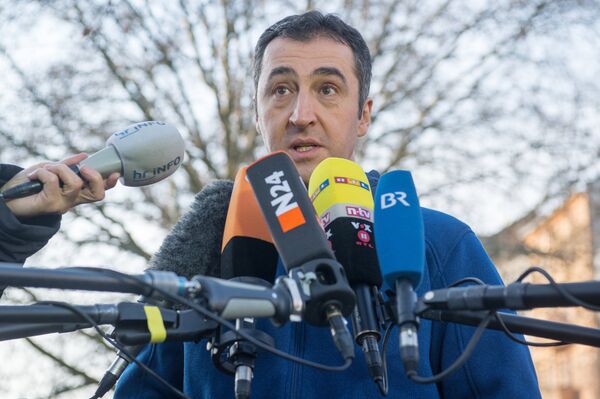 Green Party co-chairman Cem Ozdemir gives a statement in Berlin, Sunday Jan. 18, 2015
© AP Photo / dpa, Maurizio Gambarini
Kubicki also expressed doubt that Greens co-chairman Cem Ozdemir, mooted as the party's candidate to head the foreign ministry, would make a suitable foreign minister because of several statements he has made about world leaders in the past. In the last parliament, the post of foreign minister was filled by politicians from the SPD, Frank-Walter Steinmeier and then Sigmar Gabriel.

"He wouldn't be able to go anywhere else. Not to the US because he considers Trump to be a disgrace, and not to Turkey because of Erdogan," Kubicki, who is also a candidate for a ministerial post in a Jamaica coalition, said of Ozdemir.

The Greens propose to ban fossil fuel-emitting cars from 2030 onwards, a proposal which is unpopular with the Bavaria-based CSU, where BMW and Audi plants are located. Angela Merkel is ready to discuss the issue but doesn't want to commit to a concrete target, while the FDP Lindner says that the Greens' 2030 target is "economically harmful, ecologically unnecessary and practically impossible." 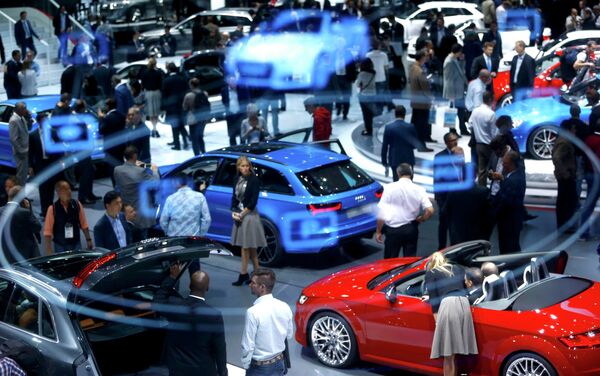 A projection of the Virtual Cockpit is seen as visitors inspect cars presented at the Audi stall during the media day at the Frankfurt Motor Show (IAA) in Frankfurt, Germany September 16, 2015
© REUTERS / Kai Pfaffenbach
Agriculture is one of the Greens' core policies. They are calling for an EU-wide ban on the weed killer glyphosate and want to abolish factory farming in Germany over the next 20 years.

The CDU/CSU say that animal welfare is an important concern, but measures should be "practicable." The FDP wants to improve livestock farming by means of targeted agricultural investment subsidies, but argues against "rigid" regulatory requirements.

The Greens are in favor of a property tax and an increase in the top rate of tax, which the CDU/CSU and FDP categorically oppose. Generally, the FDP does not want to increase taxes and instead proposes tax relief for higher earners.

The last time the FDP was in government, its tax cutting plans were vetoed by Finance Minister Wolfgang Schaeuble of the CDU.

Last month it was reported that Merkel had asked Schaeuble to become President of the Bundestag, which would potentially make way for a politician from another party. 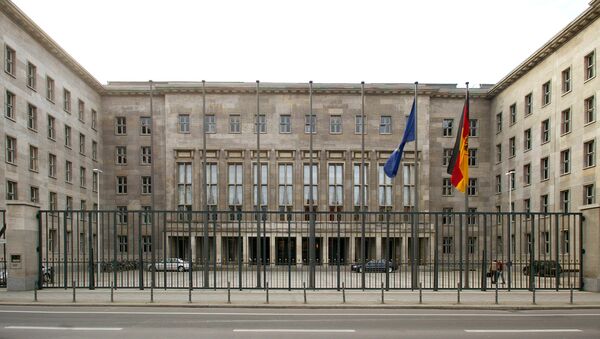 The German finance ministry in Berlin
© AP Photo / Jan Bauer
Another point of contention is the Solidaritaetszuschlag (solidarity surcharge), which accounts for 5.5% of income tax, capital gains tax and corporate tax in Germany and was introduced in 1991 to pay for the costs of German unity.

The Greens want to implement other levies to replace some of the annual €17 billion ($20 billion) raised by the solidarity surcharge, but FDP leader Lindner has the backing of the CSU when he insists that the tax must be abolished "without money being pulled out of the purse elsewhere."