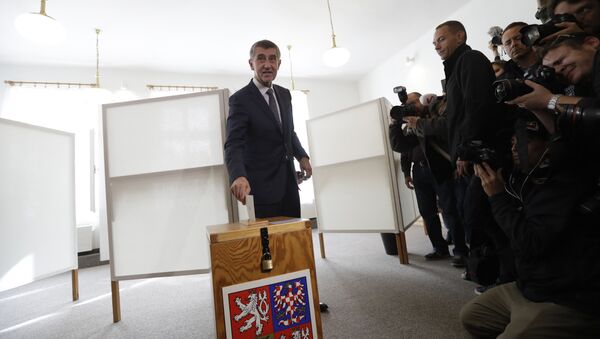 The Czech Republic is entering the second and final day of voting in a hotly-contested parliamentary election seeing a billionaire populist squaring off against the Social Democrats. European politics observer Igor Gashkov outlines what the election means as far as Moscow and Europe's consensus on anti-Russian policy are concerned.

Dozens of parties are squaring off the Friday-Saturday vote, competing for the 200 seats up for grabs in the Chamber of Deputies and the right to form the country's next government and select the next prime minister.

Two-Day Czech Parliamentary Election Enters Final Day of Voting
The top contender in the race is Andrej Babis, a politician that's been dubbed the 'Czech Trump', and his ANO Party, a centrist, populist, Eurosceptic, business-friendly party. ANO has been part of Czech's ruling coalition along with the Social Democrats, led by Prime Minister Bohuslav Sobotka, and the Christian Democratic Party, since 2014.

According to the latest opinion polls, Babis is on course to win a plurality of the vote, pollsters giving ANO 30% of the vote, with the Social Democrats trailing with 13%, the Communist Party with 11% and the Christian Democrats with 9%. 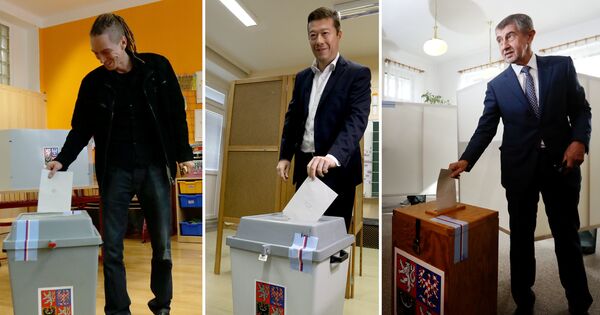 Babis has sparked interest among Russian observers through his public criticism of Brussels' anti-Russian sanctions policy, and his view, together with President Milos Zeman, that Crimea's reunification with Russia is a fait accompli.

Called a "threat to European unity" by the New York Times, Babis has been a source of considerable irritation for other Western media and politicians. Like Trump before him, his Russia-related comments have led to claims that he has ties to the Kremlin.

However, as RIA Novosti political observer Igor Gashkov pointed out, the Czech politician has yet to publically call himself any sort of friend of Russia. The analyst noted that if ANO wins, they may be able to squeeze out the Social Democrats and form a coalition with parties who do not favor anti-Russian sanctions. The question, he said, is whether the populists will actually find the will and the way to do so.

Koruna, Safe Bet? Czech Expert Warns About Pitfalls of Euro Adoption
Petr Iskanderov, a senior researcher at the Russian Academy of Sciences' Institute of Slavic Studies, said he isn't certain if Babis will follow any sort of 'pro-Russian' or even Russia-neutral policy. But "there is a tendency toward a friendly perception of Russia in the Czech Republic, and a corresponding demand in Czech society. I would even say that this demand is strong," he noted.

Whether Babis and ANO will be able to follow through with such a policy is another story, he added. "The figure of the Czech Republic's next prime minister remains fraught with many mysteries, because his position on key foreign policy issues has not been articulated. It would be more honest to characterize Babis not as someone who is 'pro-Russian', but as a consistent Eurosceptic. He regularly criticizes Brussels, which makes him in good company with statesmen from neighboring Poland and Hungary, who are also very anti-EU."

And there are good reasons for this, Gashkov wrote. "Babis has very good reason to be unfriendly toward Brussels: Czech authorities have accused him of taking advantage of financial assistance received by the country from Brussels. The politician has denied the claims, and his rating has continued to grow, notwithstanding the ongoing scandals. His opponents say this has to do with the fact that Babis owns the country's two leading newspapers." 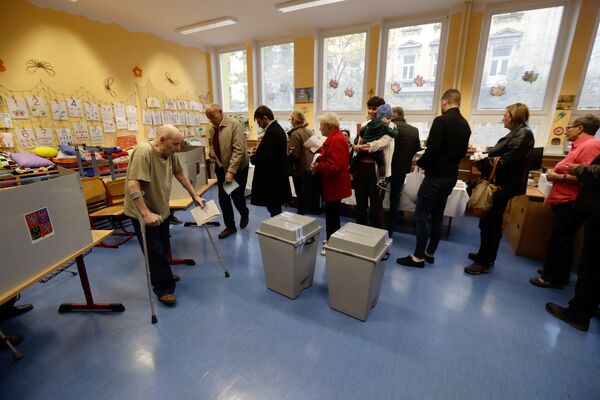 Ahead of the last parliamentary elections in 2014, Slovakia's Institute of Remembrance accused Babis of actively collaborating with the Czechoslovak State Security Police (StB) and the Soviet KGB during the communist era, claims which Babis himself has denied. Opponents have suggested that the billionaire used his connections with the intelligence services to amass his wealth.

Furthermore, despite the fact that the KGB, the Soviet Union and Czechoslovakia are all long defunct, some critics have claimed that the politician's alleged past ties mean that he continues to have secret ties to today's Russia. In a 2015 article in the Washington Post, neoconservative pundit Anne Applebaum listed Babis as a Russian 'agent of influence'. Babis and others have denied the claims, calling them completely unsubstantiated.

According to Iskanderov, if Babis wins and becomes prime minister, the current contradictions between the foreign policy outlook of the president and the prime minister will likely weaken.

"In this country, like in no other, the president and the prime minister can have diametrically opposing views on foreign and domestic policy," the analyst explained. "This was seen recently, when President Zeman proposed that Ukraine should effectively sell Crimea to Russia, an idea that Prime Minister Sobotka sharply condemned. If the forces supporting Zeman win this election, the internal political confrontation in the Czech Republic may weaken."

'Lose-Lose Strategy': Czech President on EU Anti-Russia Sanctions
Iskanderov noted that ultimately, along with his Euroscepticism, one of the key reasons for Babis' success in this race is his staunch opposition to the country accepting migrants from the Middle East.

"For Czechia, this is a first and foremost a question of the country's collective mentality. The country has hung on to painful memories about the German ethnic minority, which played a negative historical role during the infamous Munich Betrayal [before WWII]. The memory of these events remains strong to this day. For this reason, Czechs are concerned about the possibility of the emergence of compact ethnic minorities on their territory," the observer concluded.