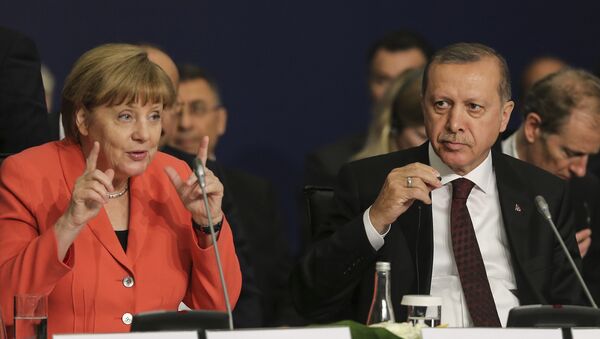 © AP Photo / Salih Zeki Fazlioglu/Anadolu
Subscribe
European Union leaders have agreed on cutting financial aid for Turkey’s succession to the bloc, followed by a suggestion to relocate funds directly to human rights organizations in the country to address growing concerns over violations and abuse.

The proposal to halt pre-accession funding was made by the German Chancellor Angela Merkel on Thursday, October 20 during the two-day EU summit in Brussels. On Friday morning it was a done deal, as EU leaders agreed to reduce financial assistance for helping Ankara get ready for possible EU membership, with Merkel criticizing the "absolutely unsatisfying human rights situation in Turkey."

The Dutch Prime Minister Mark Rutte confirmed that subsidies currently given to the Turkish government — more than 4.45 billion euros (US$5.2 billion) — would be better spent by diverting the money directly to human rights organizations, following concerns over abuse and suffering involving the Kurdish population presently living there. 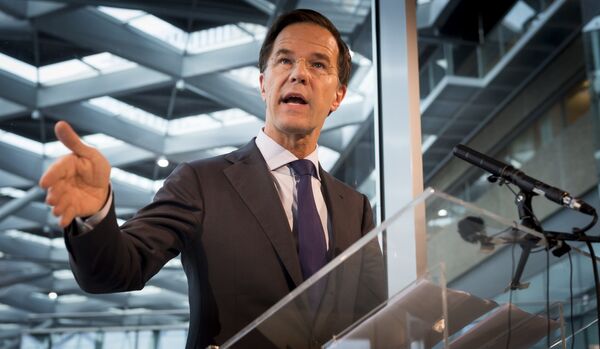 Mark Rutte said Turkey accession negotiations remained at a standstill: "They are comatose and that will not change."
© AFP 2021 / Lex van Lieshout

'Turkey Is Important for Europe'

Speaking at a summit in Brussels, Merkel stressed, however, she did not want to "break bridges" or have a showdown with the NATO country. She also praised Ankara for helping stop the huge flow of migrants into Europe as part of a deal with the EU. 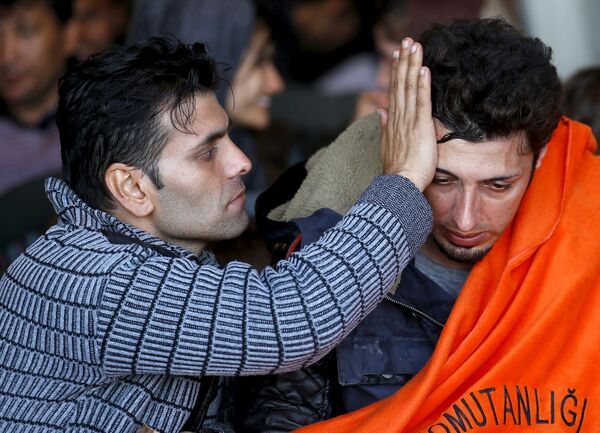 Refugees and migrants sit on board of Turkish Coast Guard Search and Rescue ship Umut-703 off the shores of Izmir, Turkey, after a failed attempt of crossing to the Greek island of Chios, February 28, 2016.
© REUTERS / Umit Bektas

The Dutch PM Rutte confirmed that there was no consensus among the other European leaders to shut down funding to the country completely. The EU may still send money to Turkey by relocating funds from the accession budget towards "other purposes," according to the Lithuanian President Dalia Grybauskaite.

"It is not a decision at all, it is not about cuts [of financial support]. We asked the [European] Commission to prepare some proposals how to use them [funds], maybe to relocate a part of them to Turkey, but for other purposes," Grybauskaite said on Friday, October 20.

Grybauskaite insisted that the move required discussions with Ankara, adding:

"Everybody confirmed that Turkey is important for Europe and will stay important, but some situations on human rights are concerning."

According to the European Commission, financial assistance to Turkey under the IPA amounts to 4.45 billion euros (US$5.2 billion) for the period from 2014-2020. These funds are used to improve the Turkish public administration, financial governance and judiciary, as well as bring Turkey's economy in line with EU standards, among other things. 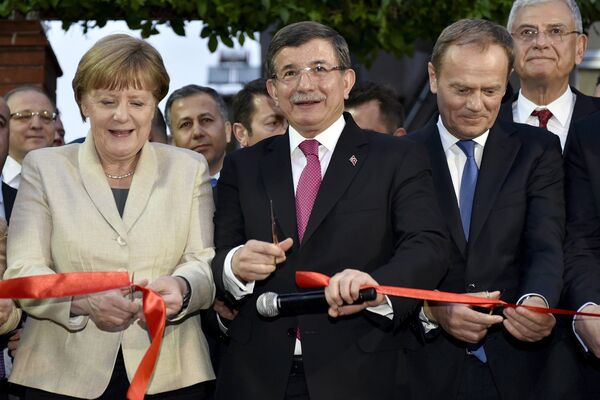 The Commission agreed to pay a total of 11.7 billion euros (US$13.7 billion) to help six other candidate countries — Albania, Macedonia, Montenegro, Serbia, Kosovo and Bosnia and Herzegovina — wishing to join the European family make the necessary political and economic reforms needed beforehand.

Relations between Turkey and the European Union have deteriorated, however, following the failed coup attempt in Turkey in July 2016. Ankara has accused Europe of providing asylum for coup plotters, while Brussels has strongly criticized the detention of journalists and human rights activists in Turkey, and suspended the preparation of new chapters of Turkey's accession negotiations with the European Union.

There has also been a strained relationship between Holland and Turkey following a diplomatic incident in March over moves triggered by Turkish efforts to hold political rallies on Dutch soil. Travel restrictions were placed by the Dutch authorities to block Turkish officials from promoting the campaign for a "Yes" vote in the Turkish constitutional referendum.

In response, Turkey expelled the Dutch ambassador from the country, while its president Recep Tayyip Erdogan called the Dutch "fascists" and "remnants of Nazism," accusing them also of "massacring" Muslims in Srebrenica during the Bosnian War in 1995. Mr. Rutte said Turkey had crossed a diplomatic line with its comments.

EU, Germany Show 'Narrowing Horizon' Criticizing Turkey - Ankara
Similarly, the German chancellor voiced her concerns about Turkey's membership to the EU during a televised debate during her country's parliamentary election in September. Ms. Merkel said she did not believe Turkey should become a member, and said that she would take it up with her EU partners the issue of ending accession talks with Ankara.

Martin Schulz, her Social Democrat rival, was more candid in his criticism of Turkey's contravention of human rights under the Turkish president. Turkey, he said, had "crossed all the red lines" and therefore could no longer become a member. He promised to break off immediately all discussions with Ankara if he was elected.

Their views prompted a bitter response from Ankara, who accused the German politicians over their "indulgence in populism."