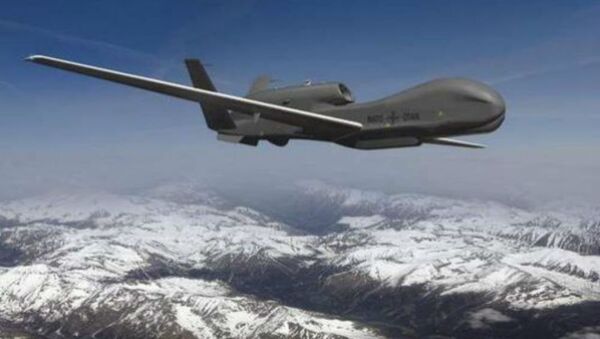 The drones, which cost $223 million apiece, are being purchased as part of ROKAF's new program of airborne intelligence, surveillance and reconnaissance (ISR). ROKAF told lawmakers in Seoul that the acquisition of the first two drones is set to take place in December, with two more to arrive in 2019. The drones will be based out of the Gyeryongdae military compound in South Chungcheong Province, the military center of the country.

The South Korean military's new strategy to improve their standing against their twin nation, which they have technically been at war with since the 1950s, involves a renewed focus on drone warfare. Seoul intends to create a new combat unit in 2018 focused on flying reconnaissance and combat drone missions over North Korea.

The drones will be complemented with other measures, such as a suite of missiles to destroy North Korean artillery, ballistic missiles and underground facilities as well as maneuverable special forces for tactical strikes within North Korea. The South is also considering a new missile interception system to protect high-value targets from North Korean artillery.

First flown in 1998, the then-experimental Global Hawk is equipped with a bevy of surveillance tools. This includes electro-optics, a thermographic camera, an image processor, three different radar systems, an infrared imager, a weather radar and other devices. It is also the first pilotless aircraft to cross the Pacific Ocean, which it did in 2001.

Global Hawks have seen deployment in Iraq and Afghanistan, as well as in search and rescue operations following disasters such as the 2011 Tohoku earthquake and tsunami in Japan and 2013's Typhoon Haiyan in the Philippines.

They have also been used in spying missions against North Korea, but the US Air Force generally prefers the Lockheed U-2 manned reconnaissance plane for that purpose because it flies higher, making it better suited to dodging weather and airspace restrictions.

The Global Hawk is operated by the US Air Force and Navy as well as NASA. A variant was also operated by the German Air Force from 2009 to 2013, but the program was terminated because the United Nations disallowed their operation in European airspace without expensive modifications.

000000
Popular comments
Wouldn't it be embarrassing if one of those drones got hacked and ended up in the hands of the North Koreans? Har har
dvdgrg09
21 October 2017, 02:50 GMT4
000000
I'm waiting for the first one that flies over North Korea and will get shot down. Ain't we having fun boys and girls.