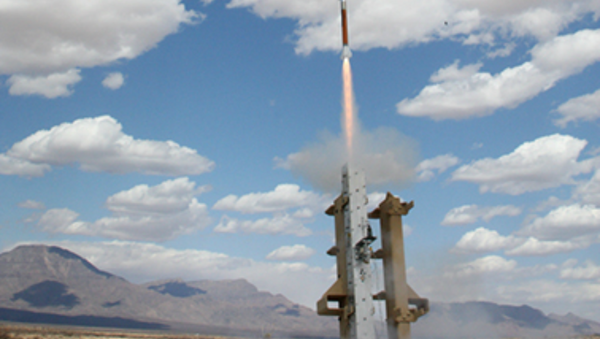 © Photo : U.S. Army photo by Michael A. Smith and Louis A. Rosales
Subscribe
International
India
Africa
South Korea’s Joint Chiefs of Staff have announced that the military is working on a new missile interceptor that could, in theory, deflect a massive North Korean artillery barrage. Such a technology would be a game-changer on the Korean peninsula.

Seoul, the enormous capital city of South Korea, is only 35 miles from the border with their twin nation and rival. Military action against the North has not been seriously considered by the South in the past, in no small part because Seoul is well within the range of a tremendous barrage of North Korean artillery and rocket artillery that could reduce the metropolis to rubble.

But a mass interceptor would change the calculus of such an exchange. "We are considering the development of an interceptor system to counter concentrated enemy fire directed at important state and military facilities, including the War Command Headquarters and the Korean Air and Missile Defense (KAMD)," said the Joint Chiefs to the National Assembly's Defense Committee.

Asia
N Korea Plans to Pacify US, Vows to Respond to Fire With Fire - Foreign Ministry

"The Agency for Defense Development is developing key technology for directly and simultaneously intercepting North Korean long-range artillery rounds as they fall." Such a system would require a large amount of research and development. The software to detect and reply to the launches quickly would have to be highly advanced, and an enormous amount of launchers and interceptors would need to be built.

The system is inspired by the Israeli Iron Dome interceptor network, meant to protect Israeli populated areas from Hamas and Hezbollah rocket attacks. The Iron Dome's effectiveness has proven impressive since it was installed in 2011, stopping around 90 percent of rocket attacks launched against Israel in the 2014 Israel-Gaza Conflict.

South Korea has repeatedly investigated the possibility of buying their own Iron Dome system, and US contractor Raytheon (who participated in the development of the Iron Dome) has offered to sell it to them — but it seems unlikely that Seoul will make the purchase. The Joint Chiefs explained that the Iron Dome is highly effective at responding to sporadic rocket attacks, but it is not designed to answer concentrated, heavy barrages. It wouldn't be able to protect Seoul from such an attack.

It remains unclear if the project is feasible or not. It would easily be the most complicated and expensive interceptor network ever built if completed — but if the situation on the Korean Peninsula continues to deteriorate, Seoul may find it worthwhile.

Military chiefs have also pushed for the implementation of a "three-axis" defense platform against North Korea: a pre-emptive strike of tactical missiles to destroy DPRK artillery platforms, ballistic missiles to destroy North Korea's nuclear arsenal, and finally the Hyunmoo-IV "Frankenmissile" to devastate underground facilities. That third step would be meant to kill North Korean President Kim Jong-un and his top lieutenants.

Asia
North Korean Official: We Won’t Negotiate Until We Can Strike US East Coast

Conservative groups such as the opposition Liberty Korea Party have also called for the redeployment of American nuclear missiles to South Korea as a deterrent, but the liberal government of President Moon Jae-in has denied any possibility of that, citing fears of nuclear proliferation. In the 1960's, the US had nearly 1,000 nuclear weapons deployed in South Korea, but all tactical nuclear weapons were pulled out in 1991 at the end of the Cold War.