Moscow on Election Meddling Claims: 'US Politicians Do Not Know When to Stop' 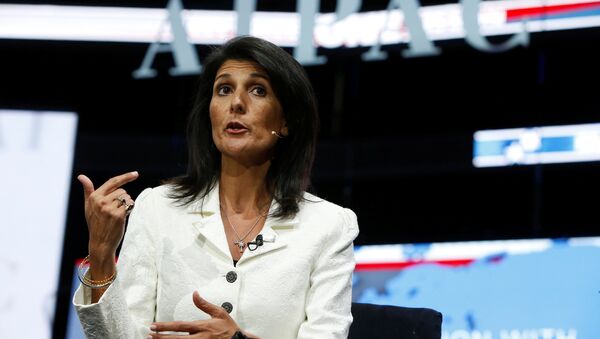 The Russian diplomatic mission in Washington responded to US officials "theories" about Russian "intervention" in the US presidential elections.

WASHINGTON (Sputnik) — The Russian diplomatic mission in Washington slammed US officials on Thursday for not knowing their limits when it comes to blaming Moscow for 2016 election meddling.

The statement came a day after US Ambassador to the UN Nikki Haley effectively accused Russia of engaging in "warfare" against her country through alleged cyberinterference in the elections.

"US politicians do not know when to stop in their theories about Russian ‘intervention’ in the US 2016 presidential elections. US Ambassador to the UN Haley is a fresh example," the Embassy said.

Russia
Lavrov: Claims About Russia's Possible Meddling in Swedish Elections Ridiculous
The Russian mission again rejected the allegations that Moscow had a role in the suspected cyberattacks on the Democratic camp and electronic voting systems, which Haley claimed had been done "to cause chaos."

"We have said many times on many levels that Russia does not interfere in US home affairs. From November 2015 onwards, we have offered Washington to hold bilateral consultations on cyberthreats – to no avail," the statement read.

The Embassy said, in reference to Haley's comment on what she said were attempts to make the US democracy shift away from what people really wanted, that US stated allies had openly campaigned for the Democrats last year and warned against a Republican in the White House.