‘Run Like You're Being Chased By a Rapist': Students Want Fired Coach Reinstated 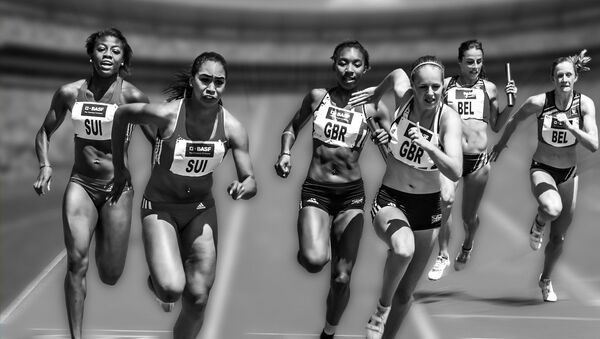 Kenny Miller, a coach at the Bronx High School of Science, was fired after telling the girls on his cross-country team to "run like you're being chased by a rapist." But the runners aren't exactly thrilled about losing him.

"He was a harmless man that was essential to the cross-country experience at Bronx Science," a runner on the team told the New York Post Friday. "They didn't even bother looking at the history this man has, and all they saw was an old man making a supposedly inflammatory comment."

New York Principal Caught Plagiarizing Huffington Post in Note to Teachers
Another runner saw no problems with the coach's phrasing, saying, "There is no reason he should not be with this team."

Though the former coach does admit he made a mistake, the 76-year-old says he only made the remark as a form of motivation and had no intention of being offensive.

"It was very inappropriate, and I realize now that it was the wrong way to motivate a team," Miller, who helped launched the girls track program in the 1970s at the school, told the Post.

And yet, according to Miller, he was fired from his job not because of the remark, but because the school wanted to punish him for having spoken out against a colleague.

In 2015, Miller reported to school administrators that Charles Goldberg, an assistant coach on the track team, was bothering some of the girls with "excessive massages and touching." Concerned, the school launched investigation.

It was these two incidents that Miller alleges led to his dismissal.

Take My Breath Away: NYC Cigarette Pack Price Shoots Up to a Hefty $13 Minimum
"It became clear to me that at Bronx Science, following [Department of Education] guidelines and reporting inappropriate behavior results in negative consequences," he told the Post.

"I have spent more than half my life teaching and coaching there," Miller said. "I don't want to tear it down. I want to let the public know the things that have been going on in one of the most prestigious high schools in the country."

Michael Aciman, the spokesperson for the New York City Department of Education, dismissed Miller's allegation and reiterated that the coach was fired for "inappropriate and offensive" behavior.

"We take allegations of misconduct seriously, and any suggestion that he was disciplined for other reasons is completely false," the spokesperson told the New York outlet.