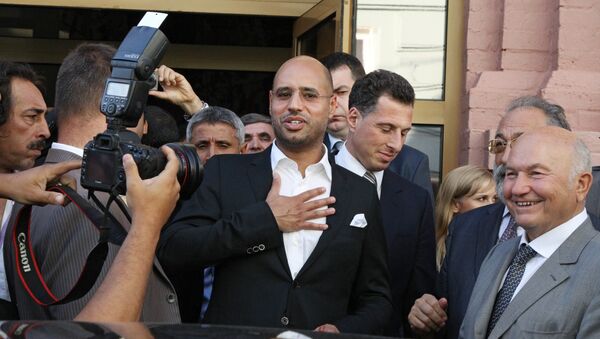 Muammar Gaddafi's son Saif al-Islam, one of the most prominent politicians before the Arab Spring swept the country in 2011, was released by the Abu Bakr Al Siddiq battalion militia under an amnesty deal in June after having spent more than five years in captivity. His lawyer Khalid al Zaidi has spoken to Sputnik in an exclusive interview in Cairo.

Saif al-Islam is "the Libyans' only hope right now" and will return to politics, the lawyer of the second son of Libya's former leader, Muammar Gaddafi, who was ousted and murdered during the Arab Spring, has told Sputnik Arabic.

According to Khalid al Zaidi, "the current situation in Libya, the absence of dialogue and the misunderstanding of the actual state of affairs there make it essential that Saif al-Islam Gaddafi returns to politics to try to reach a political settlement" in the country. 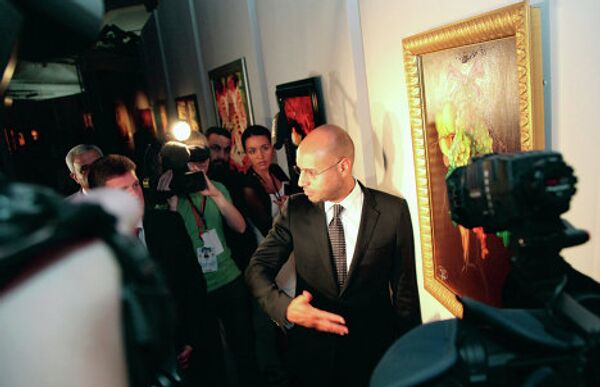 Saif al-Islam Gaddafi will return to politics to try to find political settlement between the conflicting parties in the country.
© Sputnik / Vladimir Fedorenko
/
Go to the photo bank

"There have been frequent reports that Saif al-Islam has left Libya, but this is not true. He is communicating with Libyan leaders, representatives of tribes to reach a political solution and appease the conflicting parties."

The lawyer also explained that the work of the most prominent son of Libya's late leader is vastly different from that going on in Tunisia, where UN-sponsored negotiations are currently underway between the leaders of the rival Libyan parties in a bid to prop up the so-called unity government, which has so far failed to impose its authority on the majority of the war-torn state.

"The negotiators are not working on stabilizing the country but making deals with each other, defending their own interests which are far from those of ordinary Libyans" al Zaidi said, adding it's the "interests of foreign states, which only benefit from the prolonged Libyan crisis, that are being implemented during the talks".

"Libyans await nothing from these talks because they haven't yielded any results for seven years. They only bring about suffering, war, destruction and famine." 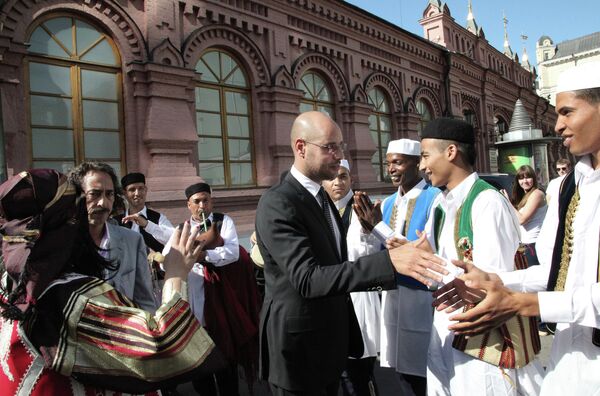 Saif al-Islam Gaddafi will return to politics to try to find political settlement between the conflicting parties in the country.
© Sputnik / Vladimir Fedorenko
/
Go to the photo bank

Mr. al Zaidi has also claimed that Saif Gaddafi is not supported by political powers, but by ordinary Libyans. "All Libyans are armed to the teeth, all tribes possess serious arsenals….Saif al-Islam will rely on the will of ordinary Libyans to take part in the fight against terror and stabilize the situation in the country."

"The majority of tribes await action from Saif al-Islam. Right now he is the only hope for the country's residents."

Concerning the current whereabouts of Muammar Gaddafi's second son, the lawyer has said that he doesn't spend all his time in one place, he "travels around the country, meeting with the people, the tribes and local leaders". He has refuted claims that Saif al-Islam had escaped to Egypt or elsewhere: "He has never left, and will never leave, Libya," the lawyer concluded.

Arab Spring in Libya: The Merciless Destruction of a Once-Prosperous State
The long-standing Libyan leader Muammar Gaddafi was killed back in 2011, following the civil unrest in the country, which stemmed from the Arab Spring protests, which in turn were supported by the intervention of a coalition of several western states. Afterwards, some of his family members had either fled the country, were killed or face trial.

Six years ago, amid the collapse of the Libyan government, The International Criminal Court (ICC) in The Hague issued an arrest warrant against Saif al-Islam, and wanted him to stand trial for the "crimes against humanity" during the 2011 uprising.

In November 2011, Gaddafi was captured by Abu Bakr al-Siddiq militia in Zintan, western Libya. During his detention, he was subjected to long periods of solitary confinement and repeated interrogations without legal counsel. His tribulations were compounded by the fact that shortly before his capture, his convoy had been hit by a NATO airstrike, which wounded his right hand, forcing the fingers to be amputated.

In November 2013, the UN Working Group on Arbitrary Detention officially concluded that Gaddafi's detention was 'arbitrary'. In June 2017, after over five and a half years in captivity, he was finally released under an amnesty law.

The West's Destruction of Libya Was Not a Mistake, It Was a Crime
Before the revolt, Saif al-Islam, a graduate of the London School of Economics, was seen by many as a potential successor to his father. Despite holding no official government position, he was referred to as the "de-facto" Prime Minister responsible for public relations and diplomacy.

Mutassim Gaddafi, National Security Adviser, the leader’s fourth son, was killed at the hands of rebels on the same day as his father.

Saadi Gaddafi, Gaddafi’s third son, was extradited from Niger, where he had sought asylum, in 2014, and is awaiting trial in Tripoli.

Muhammad Gaddafi, former head of the Libyan Olympic Committee and chairman of the company which controlled Libya’s mobile phone and satellite communications networks, had reportedly fled to Algeria in 2011 with his mother and sister and later moved to Oman. As well as Hannibal Gaddafi, who controlled Libya’s maritime industry and seaports.