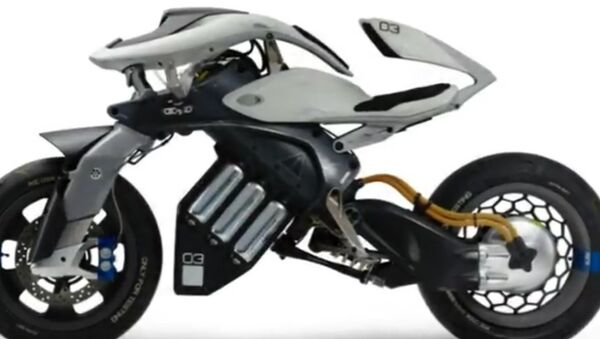 Looking like it came straight out of the “Blade Runner 2049” neo-noir sci-fi movie, Yamaha’s latest concept motorcycle was developed to bring spiritual satisfaction to its riders.

Yamaha Motor Co. has recently shared an image of its incredible new development, the MOTOROiD, a "clever" electric motorcycle with built-in artificial intelligence for a seamless interaction between the vehicle and its rider.

The MOTOROiD, which will be publicly unveiled at the Tokyo Motor Show on October 27 along with the manufacturer's other concepts, is capable of "recognizing its owner and interacting in other capacities like a living creature," the motorcycle developers claimed.

"In order to bring people new experiences of Kando, this experimental machine employs artificial intelligence and explores the feasibility of concepts for creating new forms of personal mobility in which the rider resonates harmoniously with machine," the company said of its "bike of the future" on the official website.

Kando, a Japanese word for simultaneous feelings of "deep satisfaction and intense excitement that we experience when we encounter something of exceptional value," has always been part of Yamaha's corporate philosophy.