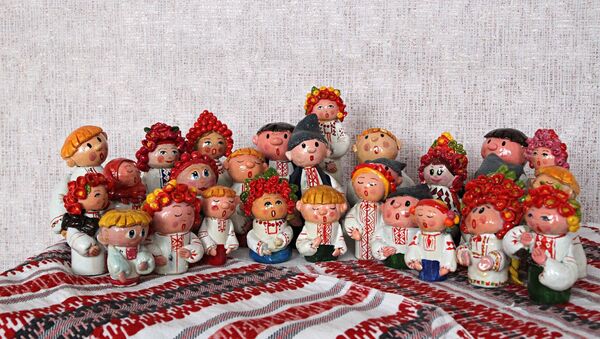 CC0 / /
Subscribe
Finland has seen a dramatic rise in foreign construction workers after steps to facilitate the employment of staff from outside of the European Economic Area (EEA). Ukrainians, in their pursuit of the European dream, reportedly lead the field.

The steps by southern Finland's most densely populated region of Uusimaa to simplify the employment process for non-EU construction workers has resulted in an upsurge in applications from Ukrainian job seekers, outnumbering their colleagues from Russia and Southeast Asia.

So far this year, the number of job applications in Uusimaa has risen by roughly 20 percent. Between January and September this year, Uusimaa employment offices have processed over 6,100 work permit decisions, fully or partially approving 5,200 of them. By contrast, some 7,000 work applications were issued in 2016, Finnish national broadcaster Yle reported.

Fruits of Freedom: Ukrainians Replace Thais as Finland's Berry-Pickers
Ukrainians constituted the largest work-group from outside the EEA (which constitutes all of the EU, Switzerland, Norway and Liechtenstein), totaling more than 1,400 and outnumbering Russians (900), Filipinos, Vietnamese, Chinese and Thais (about 300 each).

Olli Sorainen, a senior adviser at the Ministry of Economic Affairs and Employment, attributed the rise in job applications to an overall return to economic growth after many years of stagnation.

The ELY Center for Economic Development indicated that Finland should prepare itself for an influx of foreign workers in such areas as cleaning and logistics, should the simplification of the labor legislation persist. At present, the ELY is considering lifting similar restrictions in the hotel and restaurant sector as its next step, despite domestic unemployment.

"There seem to be unemployed people in this sector, but employers still say they have a hard time finding staff," Kari Koivisto of the Uusimaa employment office said.

Sweden Lures Arabs With Generous Benefits, Keeps Mum About Its Feminist Values
Sorainen noted that a rule requiring companies to try and find Finnish residents to fill vacant positions has been lifted before on a regional basis, when companies complained of labor shortages. It should be also noted that the rising number of applicants included rejected asylum seekers who came during the surge of late 2015 and are now seeking work-based residence permits.

Finnish trade unions are opposing the simplification, insisting that innovations will not have a better impact on the labor market of the Nordic country. Finland's unemployment rate reportedly climbed to 10.5 percent in April, before falling to 7.5 percent in August this year.

At the same time, 15 percent of employees in southern Finland work illegally, as opposed to only 6 percent of the labor force in the rest of the country. The majority of the illegal workers are employed in public catering, cleaning and building, the Finnish newspaper Turun Sanomat reported earlier this year.

The Ukrainian community in Finland is young and not particularly numerous, having mostly formed during the post-Soviet years. According to Ukraine's Embassy in Helsinki, the Ukrainian diaspora consists of about 5,000 people.

Imagine Russian Energy Switched Off in Finland: Food Shortages, Spike in Prices
Following the 2014 Maidan coup, Ukraine has amassed more IMF debt than Greece and is struggling to reduce this financial burden by implementing hyper-austerity, which involves drastic cuts in public spending. At present, the unemployment rate in the country hovers at around 10 percent amid a struggling economy and galloping inflation. In 2016 alone, over a million Ukrainians traveled to neighboring Poland seeking work.

Contrary to the popular belief, the recent waiver of the EU's visa requirements for Ukrainians only applies to tourist trips, without giving them the opportunity to work or study.