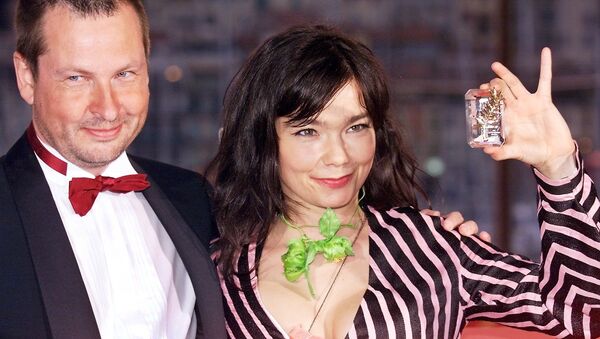 Another sex abuse scandal, this time involving the Icelandic pop star and Denmark’s famed Dogme 95 film director, unfolds in the wake of the sex-harassment and assault allegations against disgraced movie mogul Harvey Weinstein. Shocked internet users took to Twitter to express their hurt.

Inspired to speak out by the deluge of allegations against US producer Weinstein, Björk wrote fiery Facebook posts, blaming an unnamed "Danish director" who allegedly harassed her when they were working together.

Although the 51-year-old singer-songwriter didn't call out Lars von Trier by name, it was clear that she was talking about the Danish 61-year-old film director, as award-winning "Dancer in the Dark" has been Björk's only film endeavor so far.

So she's definitely talking about Lars von Trier. I love Björk so much & I hung on every note she sang in that movie. Little did I know. pic.twitter.com/VZYQXlZS5n

Bjork talks about Lars Von Trier harassing her in the least-disguised I'm-not-naming-names in history. pic.twitter.com/v43VodSpmg

Baffled by these revelations, netizens expressed their feelings via Twitter.

Lars Von Trier comes as NO SURPRISE. Why do you think Bjork so vehemently declared she'd never work with him again?

If @bjork manages to take down Lars Von Trier she will truly be my one God.

Lars Von Trier denying Bjork’s report of harassment by a “Danish director” is like when someone yells “Hey asshole!” and you go “What?”

Most users found this scandal bloodcurdling.

This is horrifying and I am so grateful to Bjork for her openness and bravery ❤️. Lars Von Trier is on the Woody Allen kill list https://t.co/VGyy9sCbNO

Lars von Trier, who has amassed over 100 awards and 200 nominations over the years, has denied accusations of sexual harassment by Björk. "That was not the case. However, we have never been best friends, that's a fact," von Trier told the Danish Daily Jyllands-Posten. "On the other hand, she delivered one of the greatest performances in my movies ever," he added.

Producer Peter Aalbaek Jensen, who has been Von Trier's long-standing partner on many occasions including "Dancer in the Dark," reversed the tables by claiming himself and Von Trier "were the victims". "As far as I remember it was we who were the victims. That woman was stronger than both Lars von Trier, myself and our company put together. She dictated everything and was about to close a movie of 100m kroner [$16 million]," Aalbaek Jensen said, adding that he therefore received the news "with his mouth agape."