Atlanta Toddlers Killed After Mother Placed Them in Oven, Turned It On - Police 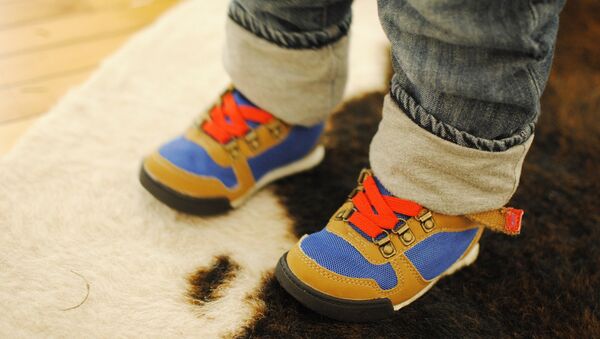 © Photo : Pixabay
Subscribe
Lamora Williams, a 24-year-old mother of four, has been charged with two counts of murder and cruelty to children in the first degree for allegedly killing two of her youngest sons "by placing them in an oven and turning it on."

The arrest warrant for Williams, obtained by the Atlanta Journal Constitution Monday, indicates that she placed two-year-old Ke'Younte Penn and one-year-old Ja'Karter Penn in her home's oven sometime between 12:00 a.m. Thursday and 11:00 p.m. Friday.

Though police have removed the stove from Williams' Atlanta home for further investigation, officials noted that the toddlers had "received burn marks on their bodies at some point, possibly from the stove."

​Prior to cops being called to the scene, Williams reached out to Jameel Penn, the father of her youngest children, Friday night to inform him that something had gone wrong and that the two boys had died — a conversation was conducted during a video chat, the outlet noted.

"After I seen what I seen, you know I called the police," Penn told the AJC Sunday.

Police officers later found the couple's three-year-old son, Jameel Penn Jr., in the apartment unharmed. The eldest child, William's six-year-old daughter, was not home at the time of the incident, AJC added.

After speaking with Williams, police reported that the mother had left the three toddlers home with a relative.

Ex-Atlanta Cop Charged With Murder After Fatally Shooting Unarmed Black Man
However, after concluding their preliminary investigation, officials believe the mother left the children without a caregiver.

According to friends and family members, Williams had long been suffering from undiagnosed mental health problems that were worsened by her father's death.

"She's the only one who really knows what happened," Tabitha Hollingsworth, Williams' sister told AJC, adding that her sibling should be put on suicide watch.

Speaking at a vigil on Saturday night, the mourning father said, "I ain't got no soul no more."

Booked at the Fulton County Jail on Saturday, Williams was scheduled to make her first court appearance the following Monday, but decided to waive her right and was denied bond.