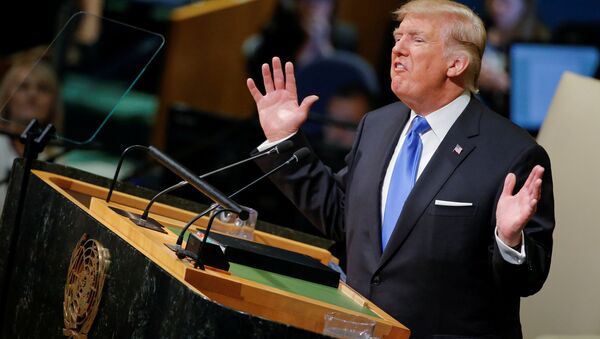 MILWAUKEE (Sputnik) — Ending the Affordable Care Act, also known as Obamacare, without having anything else in place will negatively impact millions of both native and non-native Americans, National Congress of American Indians President Brian Cladoosby told Sputnik on Monday.

On Thursday, US President Donald Trump signed an executive order that would allow insurance companies to bypass the Obamacare exchanges and sell insurance to groups of small businesses across the state lines. Trump’s actions on healthcare followed two failed attempts by Republicans in Congress to repeal Obamacare. On Monday, Trump stated that the Obamacare was "dead."

"He [Trump] is affecting negatively millions people in the US, native and non-native, by the actions that he is taking on tearing down a program and not having anything in place to make sure that these millions of citizens are covered for healthcare. So, it's not a good situation," Cladoosby said on the sidelines of the NCAI 74th Annual Convention & Marketplace in Milwaukee.

Repealing Obamacare May Severely Impact Native American Tribes
The healthcare delivery program in the US lags behind the standards of other developed countries around the world, Cladoosby noted.

"Canada, for example, they provide healthcare for their people. There is no reason why the richest, the greatest country in the world cannot do the same for its people," he said.

If the United States provided adequate healthcare for all of the citizens, huge money could have been saved, he added.

"Right now, for example, in the dental field there is an unnecessary burden of over $2 billion in care need for tribal kids that could be prevented if they had adequate service delivery systems in Indian country," Cladoosby said.

The 74th Annual Convention & Marketplace in Milwaukee, Wisconsin, is organized by the National Congress of American Indians. At the event, the representatives of the tribes gather to discuss the pressing issues the Native Americans are facing. The six-day event that kicked off on Sunday and will last through October 20 will focus on pressing matters, including tribal legislation, health, education and Native vote.