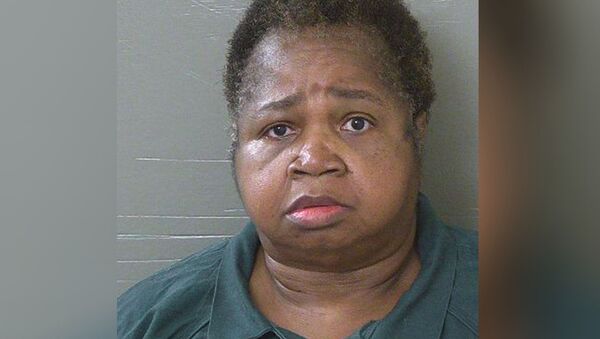 © Courtesy of Escambia County Jail
Subscribe
On Saturday, nine-year-old Dericka Lindsay from Pensacola, Florida, went into cardiac arrest and died after her 325-pound cousin, Veronica Posey, sat on her to discipline the child for misbehaving.

Posey told officials that 69-year-old Grace Joan Smith, the woman listed as Dericka's mother, asked her to help discipline Dericka, who was reportedly "being out of control." Posey allegedly hit Dericka with a ruler and metal pipe before the little girl ran to an armchair, Pensacola News Journal reported.

Posey then proceeded to sit on Dericka for about 10 minutes and didn't get up when Dericka repeatedly complained she couldn't breathe.

When Posey stood up and realized that the girl was unresponsive, she started performing CPR.

Eventually, paramedics arrived at the scene and rushed Dericka to the Baptist Hospital, where she was declared dead.

In an email to the Pensacola News Journal, Mike Carroll, secretary of the Florida Department of Children and Families (DCF), wrote, "Dericka's death is appalling and DCF will continue coordinating with the Escambia County Sheriff's Office to hold anyone responsible for her death accountable."