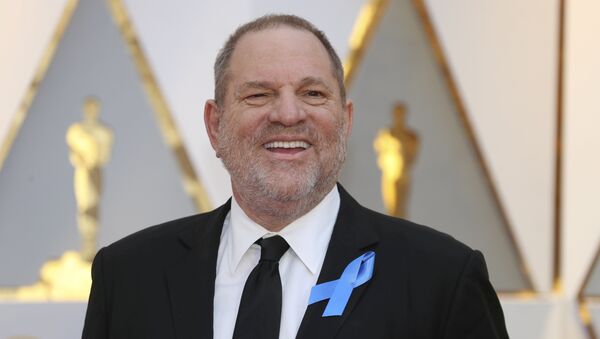 The sexual misconduct allegations against Harvey Weinstein, co-founder of the Weinstein Company, may lead to graver consequences for his business, as the company is holding talks to possibly sell a bulk of its assets.

The company has announced that it was holding talks with the Colony Capital private equity firm to get a quick infusion of capital or possibly sell a big stake in the company.

Weinstein Co. was behind the production of films such as "Django Unchained," ''The Hateful Eight" and "Lion."

The announcement comes only days after its co-founder Harvey Weinstein was accused of sexual harassment of female movie stars. In a massive scandal that erupted a few days ago a number of Hollywood icons such as Angelina Jolie, Gwyneth Paltrow and others came forward speaking about Weinstein's allegedly inappropriate conduct.

Hollywood Supports Weinstein's Academy Exclusion Over Sexual Assault Claims
Harvey was fired from the company, but the troubles are far from over.

Colony Capital, which has about $20 billion in assets under management, will provide an immediate capital infusion into Weinstein Co. and may acquire all or a large portion of its assets, the companies said in a statement.

Weinstein Co.'s partners have also cut ties in recent days. Goldman Sachs said on Friday that it is looking for options for the stake it holds in the company; it has a stake of about $1 million.

Amazon Studios cut ties with the Weinstein company last week. Furthermore, Showtime has threatened to pull out of an Oliver Stone drama in development, "Guantanamo," because Weinstein Co. is a producer.

The Academy of Motion Picture Arts and Sciences has retracted Harvey Weinstein's membership, as has the British Academy of Film and Television Arts.