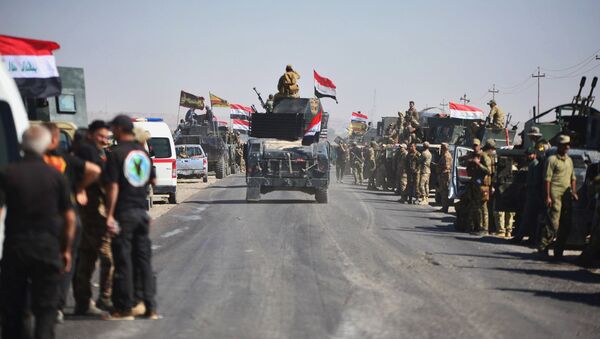 Tensions between Baghdad and Kurdish authorities are on the rise due to the recent advance of the Iraqi army in Kirkuk and Iraqi Kurdistan regions. Iraqi Prime Minister Haider Abadi has explained the aim of the country's armed forces.

"We assure our people in Kurdistan and Kirkuk that we are protecting their security and interests, and have only fulfilled the constitutional duty of expanding federal authority, establishing security and protecting national wealth in the city," Abadi said, as quoted in a statement by his office.

Earlier in the day, Abadi ordered an operation to restore security in the disputed city.

The prime minister added that Baghdad wanted the city to remain "a city of peaceful coexistence for all Iraqis."

Earlier on Monday, Iraqi forces gained control of the Kirkuk airport, the K-1 military base, two oil fields, as well as over Kirkuk's irrigation system.